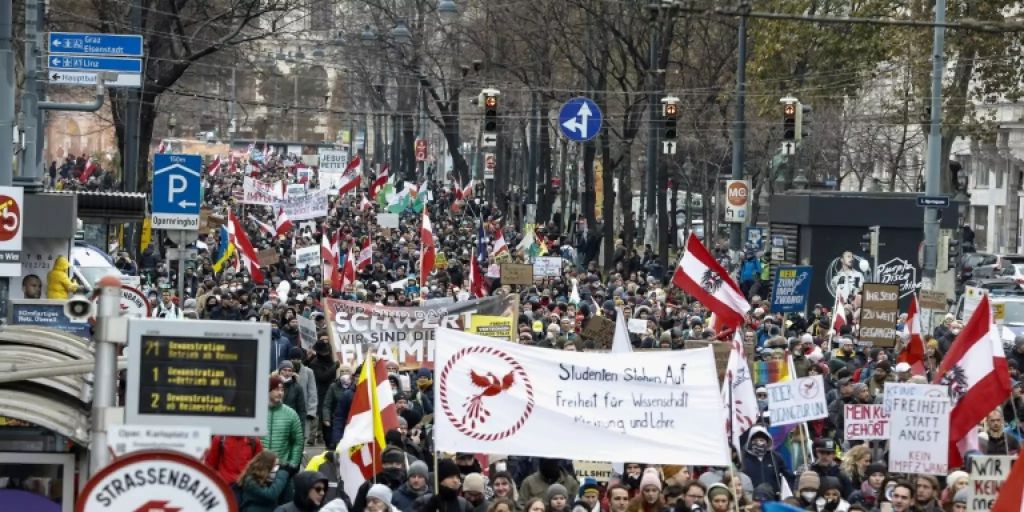 This Saturday, 44,000 people gathered in Vienna to protest against the mandatory vaccination and corona measures. 1400 policemen are engaged in security work.