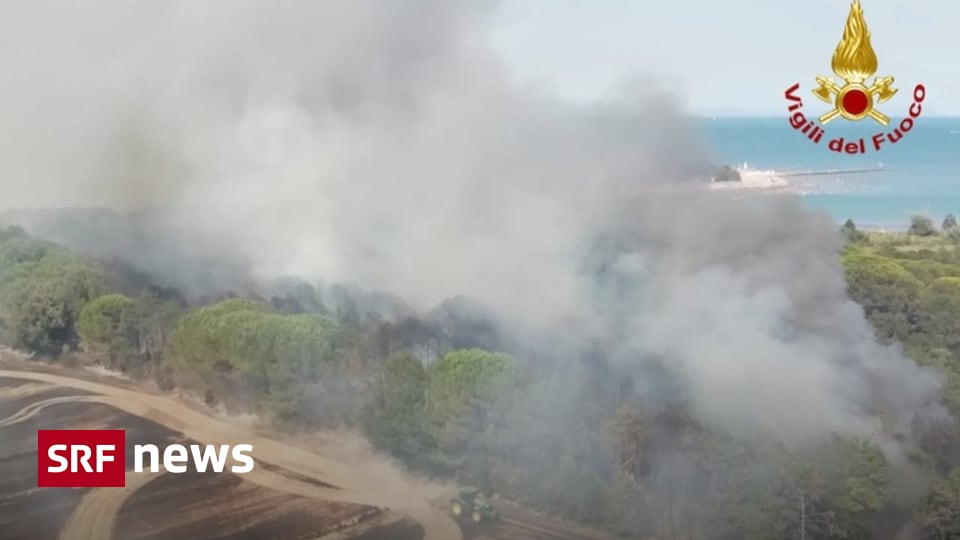 Videos show how the fire burned trees that could be seen for miles and billowed thick smoke into the sky. “We hope that it will not be returned in the coming hours, but there will be no missing people,” Pierluigi Crocetto, vice mayor of San Michele al Tagliamento, told Anza news agency.

Police are investigating the cause of the fire. Because of the dryness, the flames may have ignited spontaneously, Crocetto says. Army fired four times.

Firefighters are currently battling forest and bushfires in Italy due to severe drought. 90 firefighters, two helicopters and two firefighting planes responded to a forest fire covering an area of ​​approximately 70 hectares in the municipality of Geriot (Fracilongo) in Trentino, northern Italy. Fire fighting continued on Saturday. The civil defense forces warned not to approach the area. Hiking and skiing area east of Trento.

Also in Tuscany, the Lucca fire brigade had to put out a fire in a burning olive grove on Friday. Forest and bush fires broke out in Sicily and Sardinia, and firefighting aircraft were used to fight them.

A wildfire on the holiday island of Crete, south of the port city of Rethymno, that had been raging since Friday was brought under control on Saturday morning.

On the French Atlantic coast south of Bordeaux, there are hopes that one of two major wildfires will die down after days of fighting.