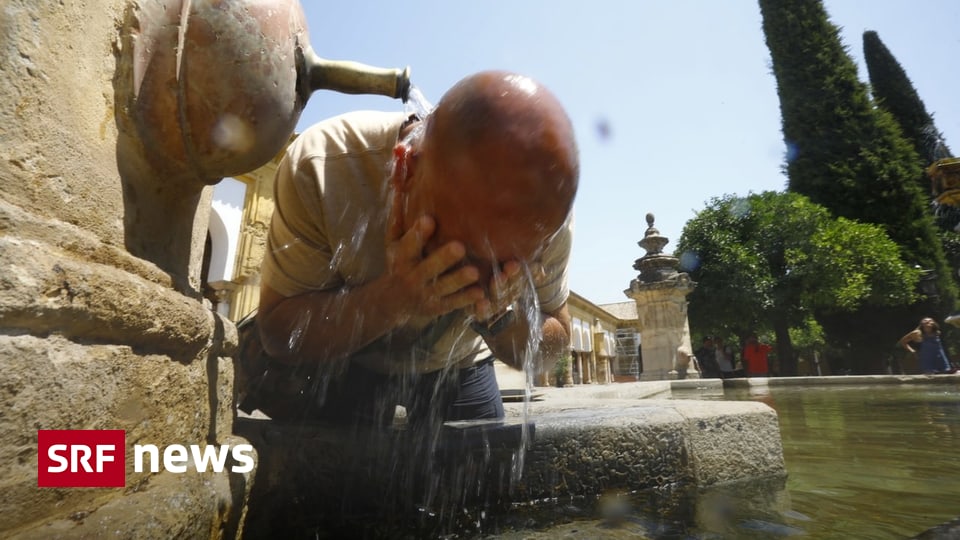 In Spain, the number of deaths as a result of the heat is increasing day by day, writes “La Vanguardia”. 15 deaths were reported on the first day and 123 on Friday when temperatures soared to 45 degrees.

In most cases, the deceased were already debilitated due to old age or previous illness. However, on Friday, the 60-year-old street cleaner suddenly collapsed. The emergency doctors measured the body temperature at 41.6 degrees. The man was taken to hospital but died there.

More than 230 people have died in Portugal

Portugal is also affected by the heat wave. Between July 7 and July 13, 238 more deaths were counted than in comparable periods in previous years, Lusa news agency reported. These deaths may be due to extreme heat.

In view of the record temperatures expected in Great Britain, the National Crisis Group (COBRA) was convened on Saturday. The British Met Office earlier issued a red weather warning for parts of the country due to the heat for the first time.

Temperatures of up to 40 degrees are expected across much of England between London and Manchester on Monday and Tuesday next week. The previous temperature record was 38.7 degrees and was measured in Cambridge in 2019.

See also  All events and current news in live ticker

Health authority UKHSA warned of health risks – even to fit and healthy people. It’s important to drink enough water and seek shade, especially between 11am and 3pm, when UV radiation is at its highest. London Mayor Sadiq Khan has announced extra help for the homeless. Transport for London earlier in the week called for only essential travel.

There will be some relief in the coming days when temperatures are expected to dip below 40 degrees in many places. The heat and prolonged drought have fueled numerous destructive wildfires in Spain and Portugal and other southern European countries.

In Spain A total of 33 wildfires were recorded on Saturday morning, 14 of which could not be contained. Near Málaga, 2,300 people had to leave their homes, as “El País” newspaper reported.

In Italy Firefighters are battling forest and bushfires across the country in Sicily and Sardinia due to severe drought. In the northern Italian beach resort of Bibione, wildfires have forced many tourists to flee into the sea. According to the Coast Guard they need to be rescued.

In Portugal According to the Civil Defense, 13 large and dozens of small fires are currently raging. During a firefighting mission in the Torre de Moncorvo area, a firefighting aircraft crashed and the pilot died.

In France, on the French Atlantic coast south of Bordeaux, after several days of fighting, there is hope that one of two large wildfires will be extinguished. According to officials, the area burned in Teste-de-Buch did not increase overnight. However, the fire is still not under control. The situation was different when the second major forest fire broke out in the region. A fire in Landras burned about 1,000 hectares overnight.

Neither is clear Greece: A large forest fire in Crete on Friday, which was meanwhile considered contained, flared up again on Saturday afternoon. Strong winds fanned flames near the village of Agios Vasilios, south of the port city of Rethymnon. Houses had to be evacuated again, Greek media reported. Another fire broke out in Crete near the port city of Heraklion on Saturday.