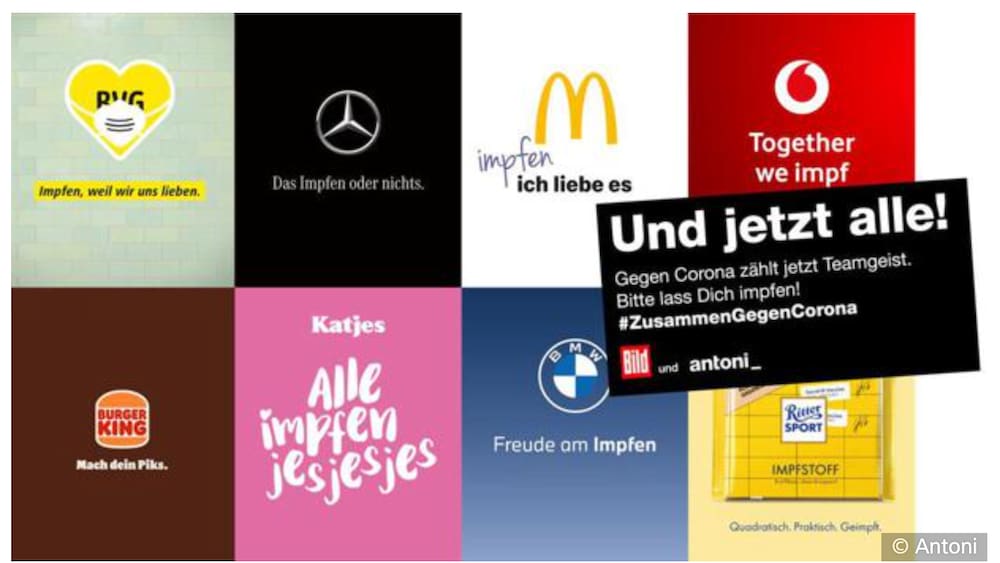 McDonald’s “I love it”, “Nespresso, what else?” Who does not know the disgusting words of big companies. Or Ikeas “Are you still alive or already alive?”. About 150 companies have launched a new campaign with Berlin-based advertising agency Anthony to encourage Germans to get vaccinated. Today, Tuesday, they all change their well-known advertising claims at once.

BMW’s “clean driving joy” soon becomes the “vaccine joy”. “Vaccine, I like it” is now on McDonald’s. Also in Mercedes, “best or nothing” is abbreviated as “vaccine or nothing”.

As Advertising Magazine Horizont Writes, the idea of ​​which arose spontaneously ten days ago and set off at astounding speed in a few days. Considered a social media campaign, it prompted the customer to think big about the Mercedes campaign and connect with other companies.

Sven Dornbacher, Anthony’s executive partner, was overwhelmed by the response to Horizont. Within three days, more than 150 companies were on board. “Brands have influence and access. So why not use both to send the message that our own vaccine is the best way to get rid of the infection for all of us, ”says Tornbacher.

As “Handelszeitung” writes, a Swiss company is also participating in the campaign: Nestl. And twice; Nespresso and the new slogan “Vaccine, what else?” And with the Kitkat brand, which is part of Nestl. The campaign says “one break, one peaks” instead of “one break, one kitcat”.