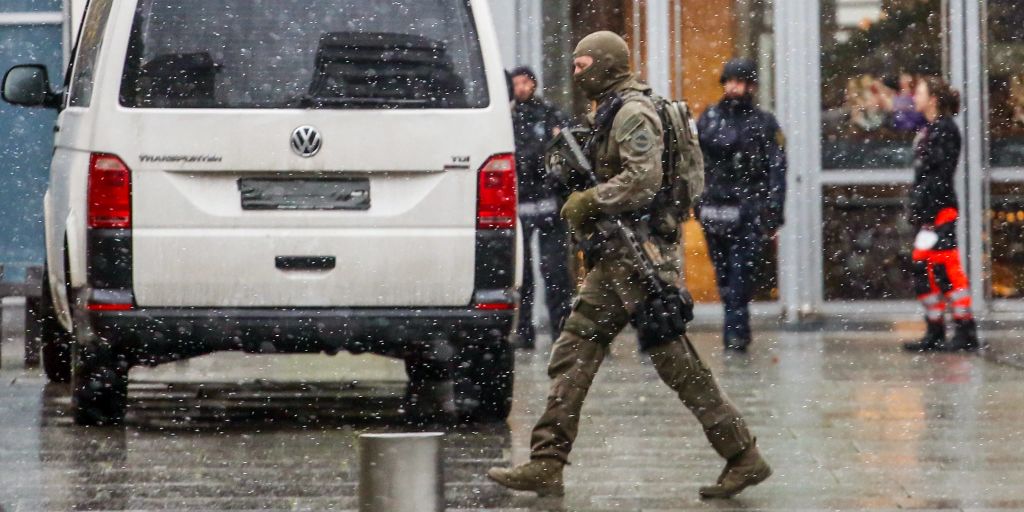 A shooting and hostage-taking took place in Dresden (D) on Saturday. As reported by the police in the afternoon, the accused has died.