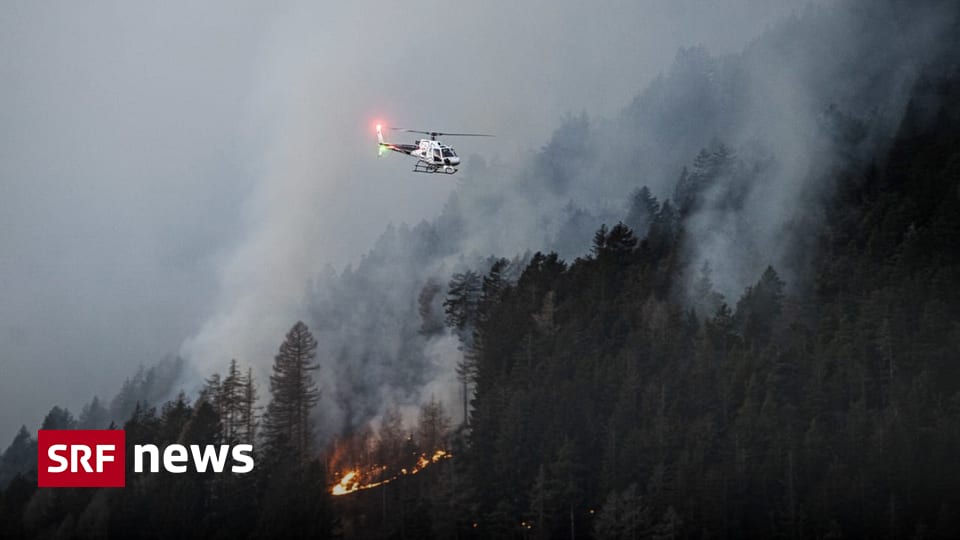 In case of disasters, EU countries help each other. Access to the EU civil protection procedure is now an issue.

Due to drought, forests burned in various parts of Europe and Switzerland this summer. In the Bordeaux region of France, the French government had to seek international help. Italian and Swedish firefighting planes finally helped put out the fire.

This is possible based on the European Union’s Civil Protection Procedure. Member States assist each other in case of major natural disasters. Third countries can also participate, and many do so, for example Norway, Great Britain or Iceland.

Thanks to the bilateral agreement with Italy

In Ticino, near Camparogno, close to the border with Italy, a forest fire broke out in early February. It took several days to bring the fire under control with the help of two Italian firefighting planes.

Italy assisted Switzerland under a bilateral agreement with the province of Ticino, but the flames threatened the Italian forests. Since then, forest fire risk has also increased sharply in other parts of Switzerland through the summer. Although it has rained for the past few days, it is still dry everywhere.

Risk analyzes are carried out continuously at the Federal Office for Civil Protection (POPS). Regarding the current forest fire risk, Roland Bolin, vice-president and head of international affairs at Paps, says: “We see that forest fires are one of the most common risks in Switzerland.” Switzerland is also likely to experience major forest fires in the near future.

But why is Switzerland not involved in the EU’s civil protection procedure? At the moment, Roland Bolin says the cantons still have enough funds to help themselves. “At this point we have never had an event that required a high level of international assistance. But that could change quickly in the future.”

The EU civil protection procedure has been in place since 2001. Thanks to this, major natural disasters can be quickly fought across borders. Last year, a study by the Center for Security Studies at ETH Zurich concluded that membership would primarily benefit Switzerland.

In October 2001, the European Commission did EU Civil Protection Mechanism fitted. It aims to strengthen cooperation between EU member states and the other six participating countries in the field of civil protection. Also, disaster prevention, preparedness and response should be improved.

When an emergency exceeds a country’s ability to respond in Europe and beyond, that country can request assistance through the procedure. The EU Commission is responsible for the global coordination of disaster relief and bears at least 75 percent of the costs of operations. Since 2001, the EU Civil Protection Mechanism has been used in emergencies over 500 times.

And inside Report of the Federal Council on Forest Fire Prevention and Control January says Switzerland’s access to expert knowledge, practical experience and resources of the EU civil protection procedure should be clarified. There are bilateral agreements with neighboring countries regarding mutual assistance in times of calamities.

But now there is pressure from politics, from Michael Matter, vice-president of the Geneva National Council and Green Liberal Switzerland: “In the next few years we must act now and try to increase our own security.”

The matter therefore invites the Federal Council to submit a formal application for Switzerland to join the EU civil protection procedure. “At the moment we have no guarantee that other countries will help us.”

The mater intends to present a related motion in the coming fall session. According to Roland Bolin vom Paps, the accession of Switzerland cost about eight million francs a year. Being offside will cost Switzerland dearly in the future.