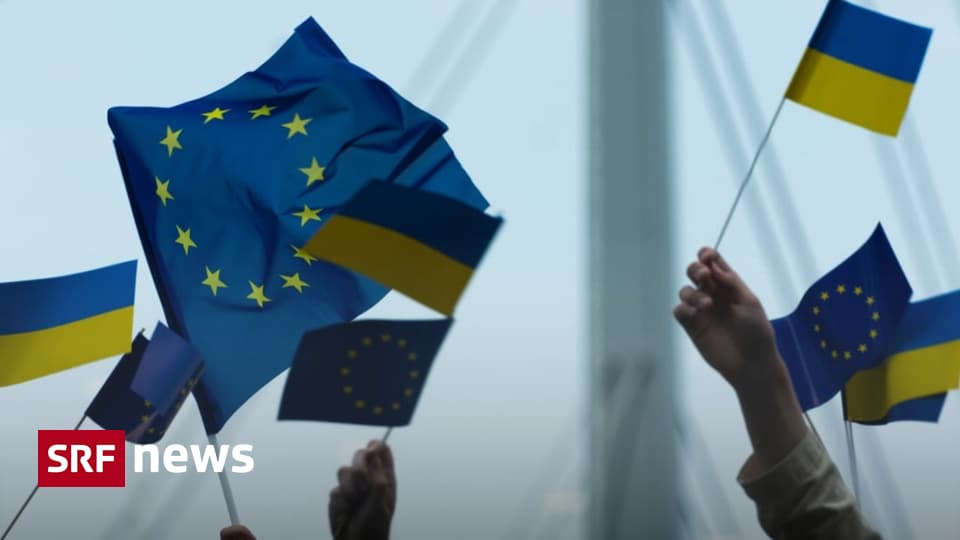 This may be a historic day for Ukraine and Moldova. EU heads of state and heads of state decide whether the two countries will receive candidate status.

Is approval in the Council of Europe just a formality? Everyone in Brussels thinks that Ukraine will be given candidate status. One week ago, three top politicians in Kyiv, Scholz, Macron and Draghi, spoke clearly in support of candidate status, and a day later, on Friday, the EU Commission officially recommended the position to Ukraine and Moldova.

In Brussels, however, everything is done only if all 27 member states agree. Some fear that Hungarian Prime Minister Viktor Orban will further disrupt the reconciliation. However, Hungary is also expected to agree. Rejection of candidate status for Ukraine would send a devastating signal to Moscow.

Does candidate status mean that Ukraine will soon become a member of the European Union? No, the fact that they can imagine Ukraine as a potential member is a hallmark of EU member states. However, one should not underestimate the symbolic effect of the opportunity to join, especially for the Ukrainian people.

When is membership possible in the EU? Although candidate status has been granted to the European Union and Moldova, it is still many years to go. Both countries will receive a full list of conditions from the EU Commission, for example in the fight against corruption. The admission process can only go one step further if these conditions are met. For efficient admission, a candidate must meet the so-called Copenhagen Criteria. These criteria include issues such as the rule of law or the ability to integrate one’s own economy into the EU internal market.

Some countries in the Western Balkans, such as Albania and northern Macedonia, also have candidate status. What is the outlook there? Northern Macedonia and Albania have been waiting for years for the EU to begin negotiations to join them. This has not yet happened due to various sanctions by member states. As for northern Macedonia, Greece first blocked the process until Macedonia changed its name; Bulgaria is currently using its veto.

Misunderstanding and frustration in the Western Balkans

The fact that their countries have not made progress – and that everything in the EU seems to be revolving around Ukraine’s candidacy – is causing discontent in the Western Balkans. Peter Palsley, an SRF correspondent in Vienna, finds this understandable: “Put yourself in the shoes of Northern Macedonian ministers. For years they have been doing everything to include their country in the EU. They even changed the name of their country against their will. Yet he refused to join the EU. You feel betrayed on the board. Of course other countries in the region also see this.

The Western Balkans have not had patience for a long time and have already established their own economic community, the “Open Balkans”. Peter Palsley says: “The ‘open Balkan’ may be a small step – but it’s a step. It’s only for the 12 million people. That fact must be taken into account. “

Basically, one could say that the Council of Europe does not know whether it is actively interested in additional members. France, in particular, has long called for the EU to reform itself domestically before preparing for more members.

While studying political science at the Free University of Berlin, Michael Raussenstein worked for two and a half years as a freelance lecturer for the SRF in Berlin. After a year at the foreign editorial office (and arena) in Zurich, he has been a television reporter in Brussels since March 2020.