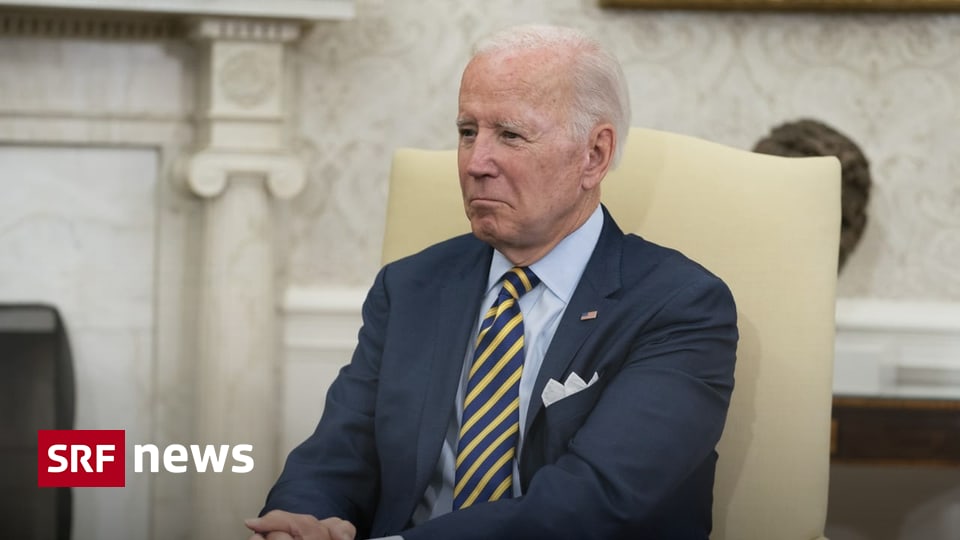 In a television interview aired Sunday evening (local time), “Will US Armed Forces Protect the Island?” “Yes, if there really was an unprecedented attack,” Biden said when asked.

Biden answered questions from Scott Pelley on 60 Minutes in a taped interview Thursday. Belli asked again: “So unlike Ukraine, to put it bluntly: will American forces (…) defend Taiwan in the event of a Chinese invasion?” Again, Biden responded in the affirmative.

The White House corrected the statement

Pele explained on the show that after the interview with Biden, the White House made it clear that US policy had not changed and that the US would not officially say whether US forces would defend Taiwan.

Biden already made similarly clear statements during a trip to Japan in May, saying the United States had an “obligation” to defend Taiwan in the event of an attack. In early August, top US politician Nancy Pelosi raised tensions with China with a visit to Taiwan.

The Communist leadership in Beijing considers Taiwan part of the People’s Republic and threatens to annex it. The U.S. has committed itself to Taiwan’s ability to defend itself—which so far has primarily meant arms supplies. The question of military assistance during the attack was deliberately left open because Beijing would see it as a violation of the “one China doctrine”.

Biden and classified documents on Trump

In the same interview, he also commented for the first time on government documents seized from his predecessor’s estate in connection with the criminal investigations into US President Donald Trump.

“How could anyone be so reckless,” Biden told CBS on Sunday when he saw classified documents seized during an FBI raid of Trump’s Mar-a-Lago home in Florida on Aug. 8.

When asked if he would run for president again in 2024, Biden said it was too early to make such a decision. He wants to run again for the presidency of the United States – if his health permits.