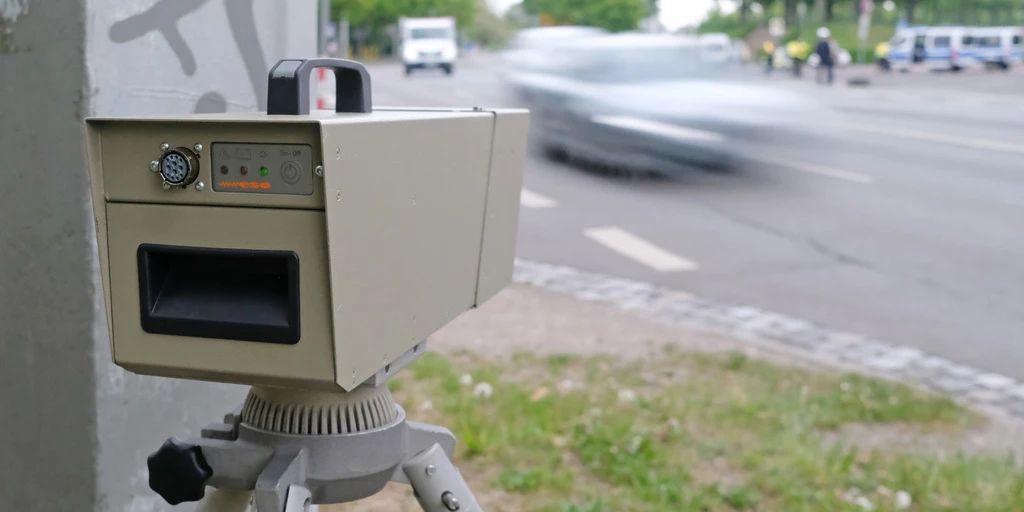 A German learner driver is stopped twice for high speed within a short period of time. His mother was in the passenger seat.