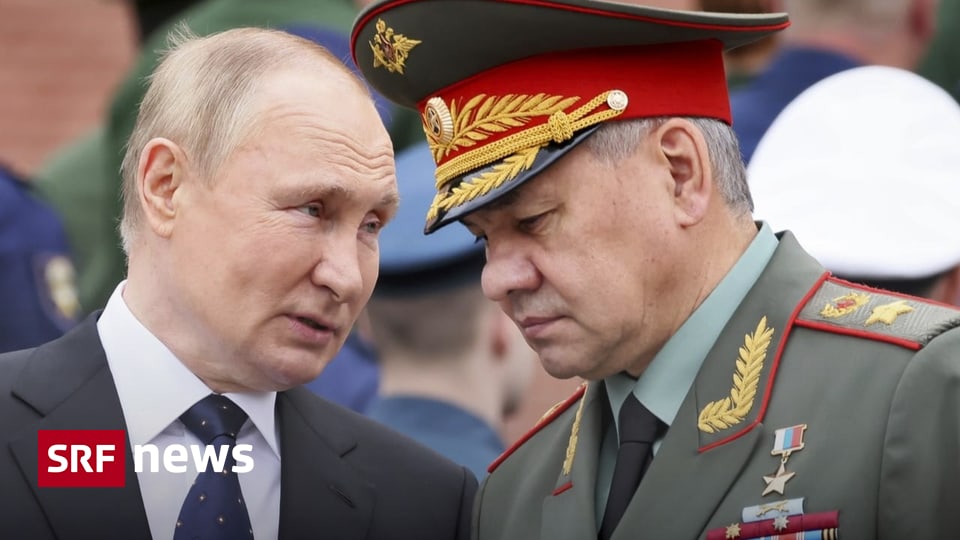 Russia has captured the strategically important city of Lysysansk in eastern Ukraine – achieving one of its war aims. The Kremlin now controls the entire Luhansk region. But the war is over. The Russian Defense Minister said on Monday that the special military operation would continue. Moritz Kathmann, chief correspondent of the German newspaper Cicero, reports on the Kremlin’s further ambitions.

Moritz Kathmann is the chief correspondent of the German magazine “Cicero”. He studied Russian studies and history in Berlin and was a correspondent in Russia for several years.

SRF News: Experts expect Russian troops to advance in Donetsk region now. Would you agree with that?

Moritz Kathmann: No doubt about it. Putin’s minimum goal is to take over these two “people’s republics” completely. The Russians now fully control Luhansk. Half of the Donetsk region is still controlled by Ukraine. The Russians will now try to push further west to towns like Sloviansk, Bagmut and Kramatorsk. About half a million people live in this metropolis.

How prepared is Russia for an attack in Donetsk?

In this area, the Russians have concentrated their forces in recent months and set fire to them. They then advanced on Lisicance with heavy artillery from various directions. There they had a great advantage over the Ukrainians, especially as far as artillery was concerned. The Ukrainians tried to hold off the Russians until the end.

Ultimately, Putin’s goal is to bring Kiev to its knees — that is, to continue the war until it agrees to Russian terms.

When in danger of being surrounded, they retreated to the nearest defensive line. The Russians would now continue their attack, bombing the Ukrainians until they retreated further.

The code is Slovenian

The city of Sloviansk was already occupied by pro-Russian forces for several months in 2014, but was later recaptured by Ukraine. Symbolically, it is not as important to Moscow as Kyiv or Odessa, Russia expert Kathman explains: “But almost every Russian has known the city since 2014. At that time the separatist movement actively supported by Russia started in Sloviansk.”

Recently, Ukraine has also been able to register military victories. For example, on Snake Island or around the city of Cherson. According to their own reports, Ukrainian troops also destroyed a Russian weapons depot. Can Ukraine Slow or Stop Russia’s Advances in the East?

The information about the destroyed ammunition depots is very interesting. These took place in areas located 50 kilometers behind the front line. This shows that Western arms exports are working. Weapons such as the German Panzerhaubitze 2000 or the US Himar multiple rocket launcher were provided, which could fire long-range precision-guided munitions.

This changed the situation in the East. If the Ukrainians succeed in attacking large ammunition depots or places where tanks and artillery pieces are stored, Russia will not be able to proceed with the same intensity as before. It will now be interesting to see if anything changes in Russian progress under these new omens. It should be considered.

So Russia’s next goal is to take control of the Donetsk region. So what does Putin intend to do?

Russia’s minimum goal is to liberate two “people’s republics” from Ukrainian “fascists”. Ultimately, Putin’s goal is to bring Kiev to its knees — that is, to continue the war until it agrees to Russian terms. These are the capitulation and demilitarization of Ukraine. Russia has also shown that it wants to gain more territory. Kharkiv and Odessa are particularly threatened – Russia will take as much as it can get.

See also  Dummy tried to deal with the corona vaccine