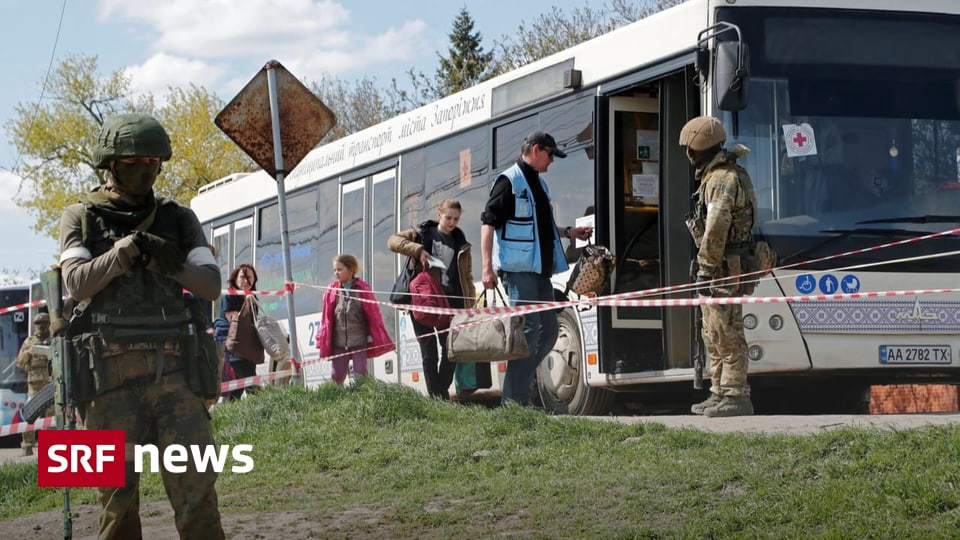 The people of the devastated Ukrainian port city of Mariupol have some hope following the start of the evacuation operation. On Saturday and Sunday, civilian trainers brought in dozens of civilians from the Azovstal steel plant, which had been besieged by Russian troops. International Committee of the Red Cross (ICRC) and the UN. Were involved in the operation, an ICRC spokesman confirmed.

It is hoped that this will be the start of a major campaign. Ukrainian President Volodymyr Zhelensky spoke of the “first group of about 100 people” being ousted. “Now we are working with the UN to evacuate more civilians from that facility,” he wrote on Twitter.

A UN spokesman also confirmed that civilians were able to exit the Azovstall campus via a safe sidewalk. First, about 40 people arrived at the reception center in the village of Pesimanne from the steel plant, Reuters reported. People arrived in buses with Ukrainian number plates in a convoy of Russian troops and UN vehicles.

The Russian Defense Ministry said about 80 people had been taken to the village of Pesimanne, between Mariupol and the Russian border. The move comes at the initiative of President Vladimir Putin. Those who wished to enter the area under the control of Ukrainian troops were handed over to UN and ICRC representatives.

United Nations Secretary-General Antonio Guterres campaigned for the evacuation during a recent visit to Moscow and Kiev.

According to Ukrainian sources, about 1,000 civilians are trapped in the Azovstel steelworks bunkers alone. Russia speaks of about 2500 people, especially soldiers and mercenaries.

Mariupol residents still have to wait

Russia has already largely captured the strategically important city of Mariupol in the Sea of ​​Azov. It is estimated that about 100,000 of the former 440,000 residents are still in the city. The public supply situation is considered catastrophic.

Another evacuation to bring civilians to Zaporizhia has now been postponed. The Mariupol City Council said CEST will begin at 7 a.m. Monday, instead of Sunday afternoon.