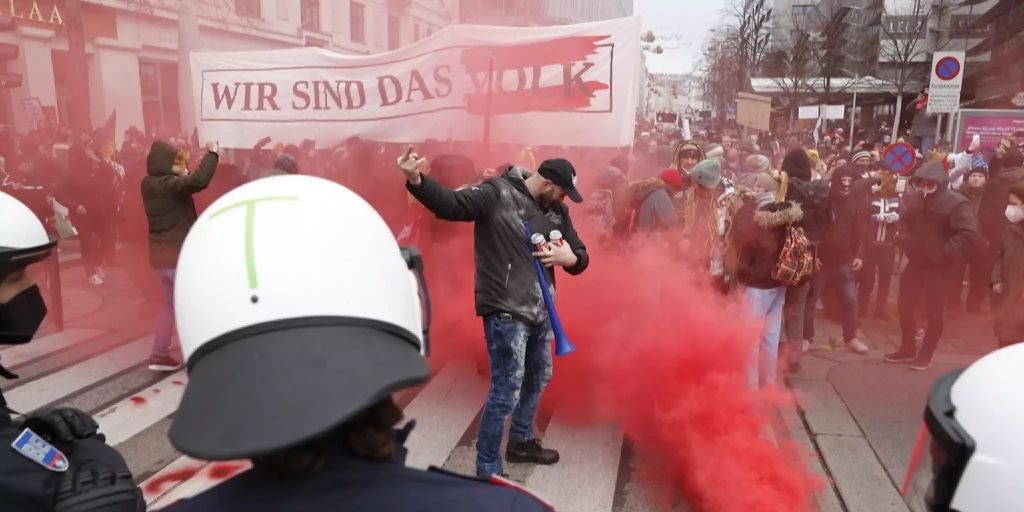 Protests erupted again over the weekend in Vienna due to corona virus activity. Demo participants nodded at each other.