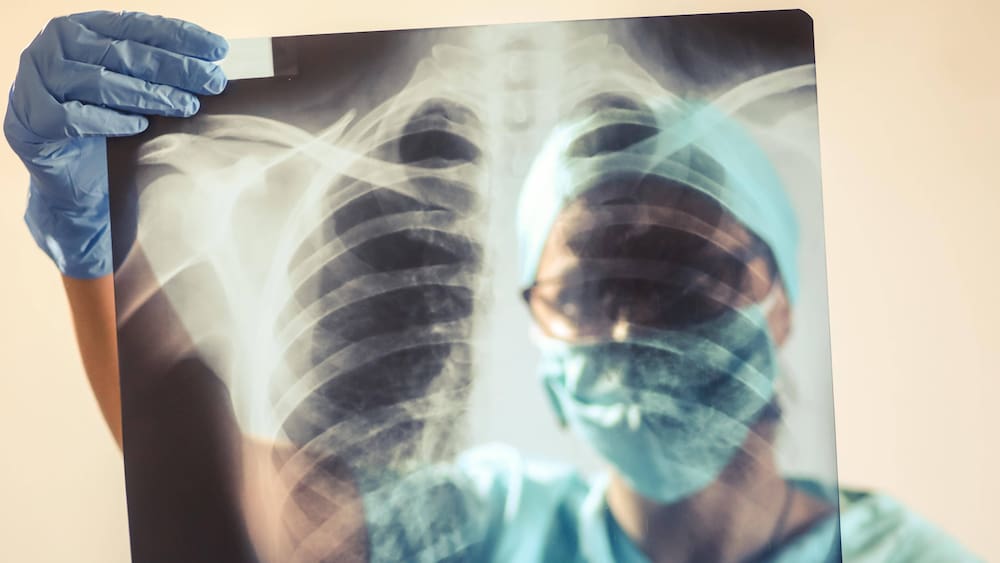 In patients with severe corona disease, the lungs cannot function: they are so badly damaged that the body cannot absorb enough oxygen from the air. So the victims need to be ventilated for a long time. German scientists, in collaboration with the Robert Koch Institute (RKI), have now discovered why in a study.

For many people with severe corona, the lungs are abnormally scarred. Like the researchers in the magazine “Go” Write, scavenging cells of the immune system play an important role. Corona lung failure is therefore similar to idiopathic pulmonary fibrosis, which is a form of lung scar that has not yet been cured. According to the researchers, this explains why the lungs of corona patients remain inactive for so long – and why they need to be artificially ventilated.

The expert explains: A corona patient needs all of these medications a day(02:46)

Experts talk about Acute Respiratory Syndrome or ARDS for short. This means that sufferers can only survive this severe lung failure by using oxygen, supportive ventilation, or artificial lungs.

Dramatic: Leaf Eric Sander, one of the two study directors, says that lung damage in the corona is particularly severe compared to other causes of lung failure. “Patients with a severe course often have the most pronounced lung failure.” It gets even bigger: “Extensive destruction of your lung structure is unfortunately associated with a very high mortality rate of 50 percent,” Leaf continues.

The research team suspected that one of the long-term causes of lung failure was the specialized form of ARDS, in which the lung tissue became scarred, thickened and thus unstable. This is because at the onset of corona infections, remodeling of tissues called fibrosis was observed. Through research, scientists have now confirmed that with the most pronounced scarring in the lung tissue, severe corona-related lung failure actually occurs more frequently.

“This may be due in part to a false reaction of so-called macrophages, also known as scavenger cells of the immune system,” said Antoine-Emmanuel Saliba, the study’s second head.

For the study, the study team examined the lungs of 19 patients with dead covit using various microscopic images. Great damage was found to all of the victims: the alveoli were massively destroyed, and the walls were considerably thicker. Scientists also found pronounced deposits of collagen, a key component of scar tissue. All of these are said to be characteristic of acute fibrosis.

However, there is an important difference between the two diseases: with Covit-19, the scars are at least repairable, scientists write. Therefore, you now want to examine very closely which processes lead to the regression of fibrosis. Because: “If we have a good understanding of the dissolution of scar tissue, it can help not only those with corona in the future, but also patients with previously incurable lung fibrosis,” say experts.