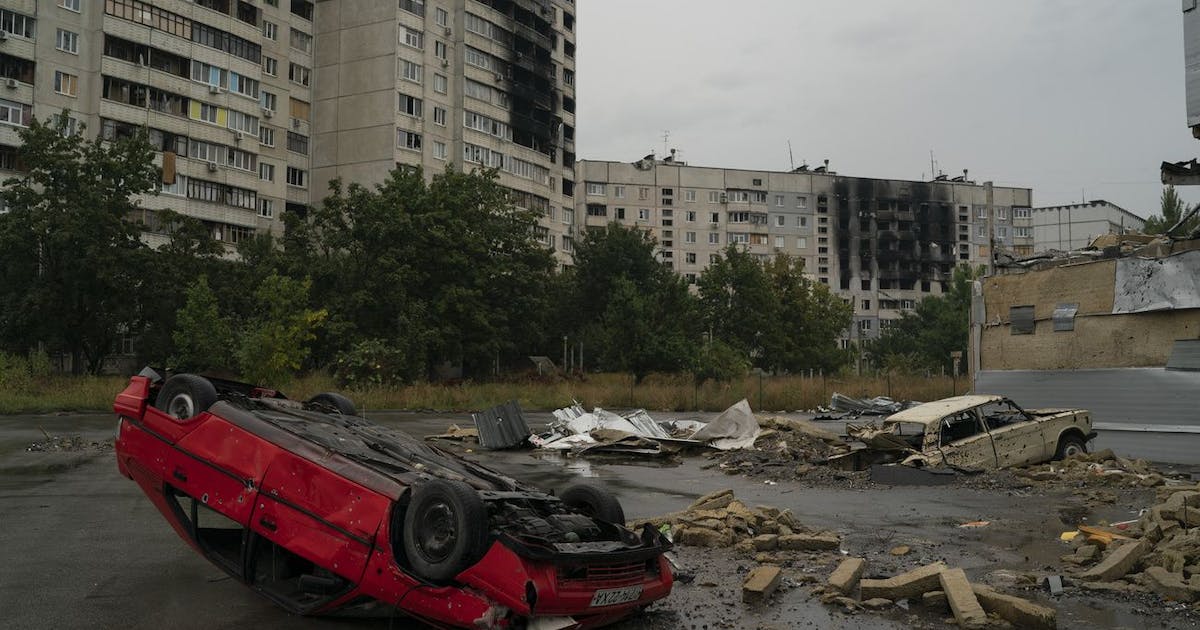 After Russian troops withdrew, a “mass grave” was discovered in the eastern Ukrainian city of Isium in the Kharkiv region, according to Ukrainian President Volodymyr Zelensky. “The necessary practical measures have already started there,” the head of state said in a video message distributed in Kyiv on Thursday. More detailed information should be available this Friday, Selenskyj said. Ukrainian media reported that more than 440 bodies were found in a forest.

According to Ukrainian reports, the Russians left the area on Saturday after a counterattack by Ukrainian forces. The Defense Ministry in Moscow spoke of a “reintegration” of its troops, while even sources close to the Kremlin spoke of a catastrophic defeat. Zelenskyj visited Izyum on Wednesday. Journalists will be taken to the mass grave this Friday. “The world needs to know what really happened and what the Russian aggression led to,” Zelensky said.

“Bucha, Mariupol and now unfortunately Isium: Russia must respond to it by leaving death everywhere. The world must accept Russia’s real responsibility for this war,” the head of state demanded. , Ukraine has complained of the most serious war crimes.

According to Ukrainian officials, hundreds of civilians were killed in Bucha and thousands in Mariupol. Serhii Polvinov, the head of the police investigative body in the Kharkiv region, spoke of a mass grave with more than 440 bodies in a forest in Izum, according to the online newspaper Ukrazinska Pravda.

Selenskyj did not begin his eight-minute video message with news of the many dead bodies, but thanked EU Commission President Ursula von der Leyen for her recent visit to Kyiv and support in the fight against Russian aggression. The President said that his country is progressing on the path to becoming a candidate for EU membership.

Selenskij again described Russia as a “terrorist state” that is trying to compensate for “cowardice and the incompetence of its armed forces” with attacks on energy infrastructure and dams in Ukraine. There should always be a tough reaction to terrorism, Zelenskyj demanded. “That’s why there should be an eighth of sanctions from the EU.”

In addition, Zelenskyj again demanded powerful air defense systems from the West to protect Ukrainian airspace. “Protecting Ukraine from Russian missiles is a truly fundamental element of global security,” he said. Russia has fired more than 3,800 rockets into Ukraine since the war began on February 24.

The 44-year-old insisted that supporting his country with arms, ammunition and money was essential to peace in Europe. “We have a lot of support and this war will end soon.” Only if Ukraine wins will freedom in the world be preserved.