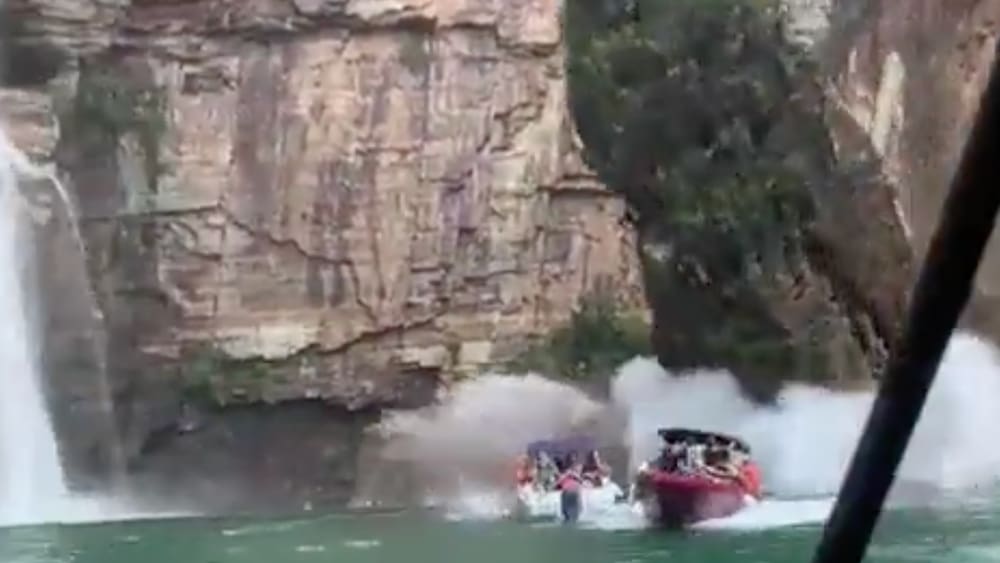 In fact, for many tourists it must have been a sober boat ride. But a sober trip on a bay near Capitolio’s Brazilian community turns out to be a horror trip.

A video available from the Brazilian portal “O Tempo” shows how a part of a large rock face suddenly collapses. Three boats collided with the wall.

The local fire department said six people were killed in the crash. At least 32 people were injured, many of whom were released from various hospitals by the evening. Brazilian media say another 20 people are missing.

The Brazilian navy is currently investigating the incident. The governor of the region has expressed condolences to the relatives of the victims on Twitter and blamed the terrible accident caused by the heavy rain.

“Today we are suffering from the pain of a tragedy caused in our state by heavy rains. A stone wall collapsed on Furnace Lake in Capitolio, ”the governor said.

It has been raining heavily for several weeks in the affected state of Minas Gerais. Nearly 17,000 people were forced to flee their homes, according to officials. (Jis / Case)