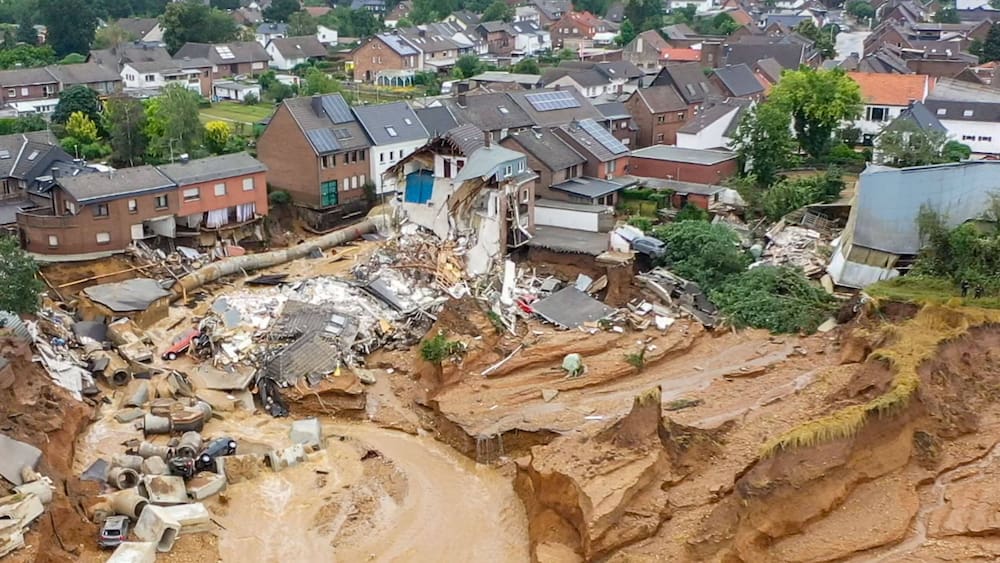 A woman from the Rhineland-Palatinate Ahr Valley who went missing from a flood disaster has died in Rotterdam. A spokesman for the Coblins police force in charge of the Ahr Valley said the body was found a few weeks ago. Apparently the woman was taken to Rotterdam via the Rhine.

Only at the end of September were investigators able to identify the woman using a DNA sample. The analysis took time. The number of people missing after the floods dropped to two, while the death toll rose to 134.

Heavy rains in mid-July caused catastrophic flooding in rivers in the Rhineland-Palatinate and North Rhine-Westphalia. Many communities, especially in the Ahr Valley, were devastated. In the Rhineland-Palatinate, 134 people were killed in connection with the floods. The other eight people found were already dead before the floods, the state operations administration said. 48 killed in North Rhine-Westphalia.

15,000 emergency services came to the rescue

The Technishi Hilfswerk (THW) has made the biggest effort in its 71-year history to deal with the effects of the flood disaster. Federal agency aides have been working in the flood-hit areas for twelve weeks, as THW announced earlier this week. This equates to 2.2 million working hours and violates previous major tasks after the 2002 and 2013 floods.

Nearly 15,000 THW workers from all over Germany went to the flood-hit areas to help. During the mission, all 25 areas of expertise in the relief system were heard. According to the Federal Agency, the first days of the disaster were primarily focused on rescue operations and pumping work. In many places, restoring electricity and water supply is the most important thing.

Many bridges can be reused

For weeks now, THW assistants have been particularly busy with “tiring cleaning and infrastructure work.” This includes, for example, the reconstruction of flood-damaged traffic lanes and bridges. The organization announced that six THW bridges for pedestrians and four bridges for vehicles have already been opened. Twelve more are to be built in the coming weeks.

THW is a voluntary organization of the Central Government. According to its own data, the Federal Agency has about 80,000 volunteers throughout Germany. Half of them are emergency services. (AFP)