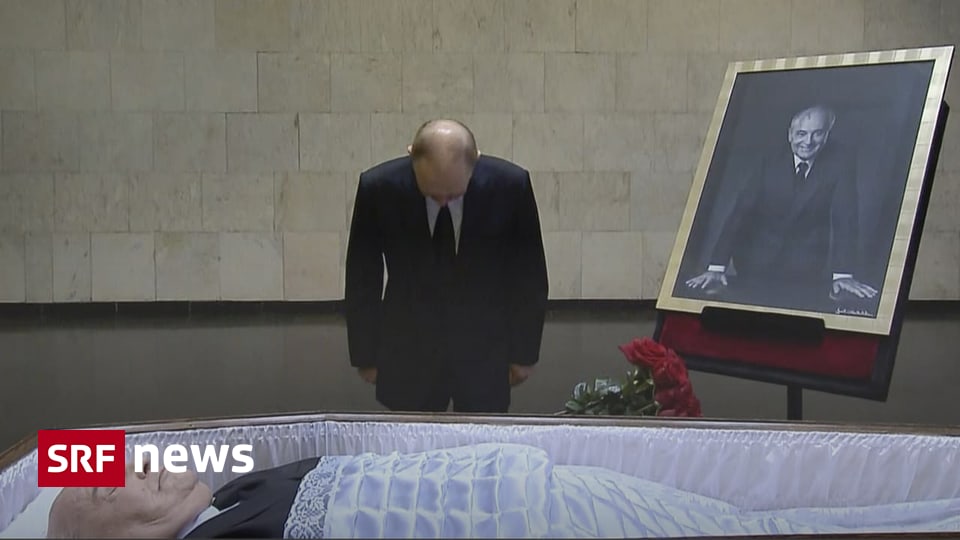 Mikhail Gorbachev, former president of the Soviet Union, party leader and Nobel Peace Prize laureate, died Tuesday evening at the age of 91 after a long, serious illness. After the death of Russian President Boris Yeltsin in 2007, he had no state funeral.

Gorbachev’s body was first kept in the Chamber of Unions in the Kremlin for several hours. Traditionally, the coffins of Soviet leaders were placed there after their deaths so that all the mourners could say goodbye to them. After that, Gorbachev is buried in Moscow’s famous cemetery at the Novodevichy Convent – next to his wife, Raisa, who died in 1999.

Many Western countries are represented by ambassadors. This is due to sanctions against Moscow due to the war in Ukraine. Air traffic from Europe to Russia has been suspended due to this. Russia has also imposed restrictions on Western politicians and blacklisted them. For example, from Great Britain, current Prime Minister Boris Johnson and his two potential successors, Liz Truss and Rishi Sunak, are both subject to entry bans.

Further President Putin will not attend the funeral. His spokesman, Dmitry Pesko, justified this with scheduling issues. Putin paid his last respects at Gorbachev’s coffin on Thursday. As co-owner of the Kremlin-critical newspaper Novaya Gazeta, Gorbachev criticized, among other things, restrictions on press freedom and other authoritarian power moves under Putin.

Embassy staff instead of Scholz and Merkel

A spokesman for the Foreign Office announced that he would represent Germany at the embassy in Moscow. The German ambassador was unable to participate because he tested positive for the corona virus. Chancellor Olaf Scholes justified his exclusion by saying there was no invitation. So the question does not arise. Her predecessor, Angela Merkel, canceled citing a knee injury.

Gorbachev was considered the “father of glasnost and perestroika” and a precursor to German unification and the end of the Cold War. His death caused an international outcry. He did not enjoy such great fame in Russia. Many comrades saw him as the “tomb of the Soviet Union,” which collapsed under his leadership in 1991.