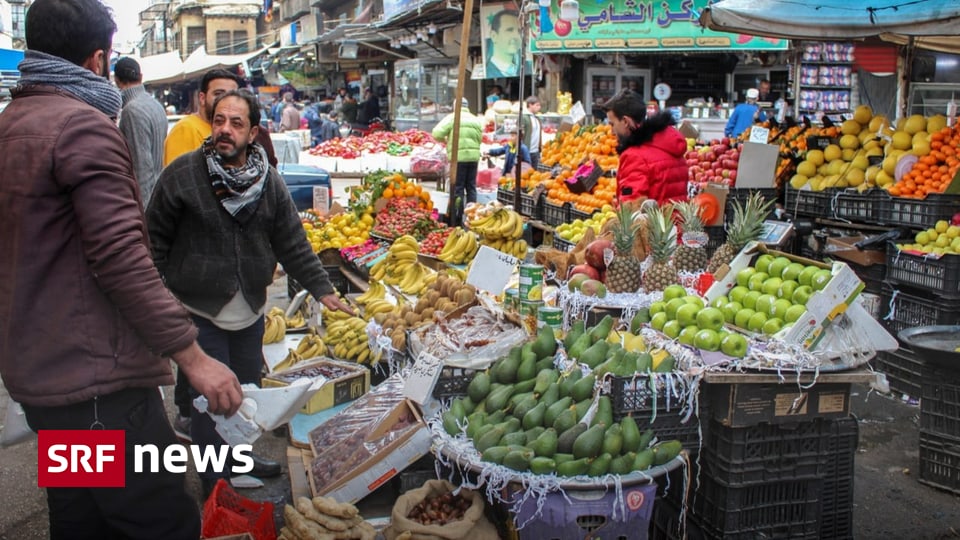 25 million tons of grain are blocked in the Ukrainian port city of Odessa. The shops are overflowing with wheat, barley and corn prescribed for the Middle East, the Maghreb and Africa. Prices are exploding around the world as deliveries fail to function.

Head of the UN World Food Program in the Middle East

SRF News: Why is Ukraine more affected by wheat shortages than any other region due to the war?

Corinne Fleischer: First because it is close to the Black Sea. It takes just ten days to ship wheat from Russia or Ukraine to Middle Eastern countries. From Australia or the United States, on the other hand, it takes two months. In addition, the Middle East is more dependent on imports than the rest of the world. As a result, the region has been hit hard by rising prices.

‘When was the last time you ate meat or vegetables?’ When we asked people that, they cried out in tears saying ‘I don’t remember’.

There will actually be enough wheat in the global market to meet global demand. Why this crisis?

See also  Republic instead of monarchy: Barbados separates from the Queen

Currently there is enough, yes. But this is an accessible thing. The world market is going crazy and that is why prices are going up. As a result, many people in the Middle East are unable to afford food. In our study of hunger, we see dramatic changes. “When was the last time you ate meat or vegetables?” When we ask people that, they shed tears or say “I don’t remember”. For example, a woman in Syria told us: “If I had known what was going on after the war, I would not have had children.” It’s so much drama now.

There are threats of cuts in the World Food Program

According to Corinne Fleischer, the UN is facing a sharp rise in food prices in global markets. The World Food Program has no funding: “If we do not have more money now, we will not be able to support the approximately 10 million people in Syria and Yemen. July.”

You mention it: Many people no longer have money and will have to spend a large portion of their income on food.

Yes, in the countries where we operate, people spend an average of 50 to 75 percent of their income on food. In addition, many foods in the Middle East are subsidized. These subsidies are under pressure due to rising prices. In some cases, gas, electricity or oil subsidies have already been eliminated. The rest is subsidized bread, because bread is the most important food here. But it is questionable how long governments will be able to provide these subsidies.

How much more time is left to avoid famine in the region?

No more time. Black Sea ports need to be opened. Wheat must be re-exported so that world markets can calm down. After all, fertilizers can be re-exported. If that does not happen then famine will come. Next year it will not just be an access issue, it will become a problem in getting food.

If people go without food, they have nothing to lose. Migration to Europe will increase again.

The rise in food prices was the catalyst for the Arab Spring struggles. Should we expect new unrest?