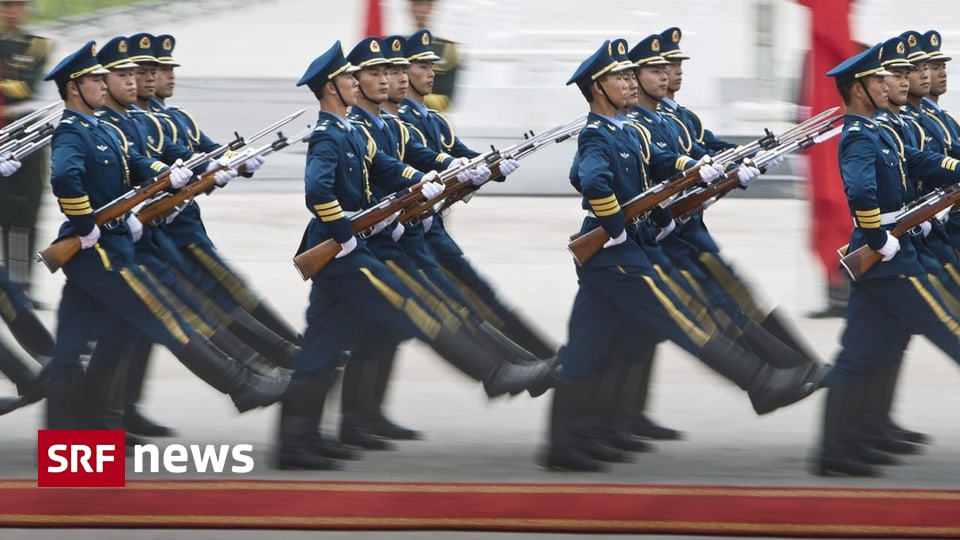 China is currently watching what is happening in Ukraine very closely. Since China has plans with Taiwan similar to what Russia has with Ukraine, it wants to fully integrate Taiwan. Independent security expert Michael Haas explains how great he appreciates the risk of China’s military attack on Taiwan.

Michael Haas is an independent security adviser. From 2013 to 2021 he followed trends in military and aerospace technology and worked at the Center for Defense Research (CSS) in ETH Zurich. Today he deals with the use of satellite and drone images for spatial intelligence.

SRF News: How big is the risk of China attacking Taiwan?

MICHAEL HASS: In my view, there will be a kind of breathing in the beginning following the Ukraine conflict in China as well.

Beijing is now considering what lessons can be learned from the defeat of the Russian armed forces in Ukraine and what this means for the Chinese People’s Liberation Army.

It seems to me that this has reduced the risk of an invasion of Taiwan in the short term. Beijing is now considering what lessons can be learned from the defeat of the Russian armed forces in Ukraine and what this means for the Chinese People’s Liberation Army.

What are the specific implications of the Ukraine war in China’s debates?

There have been some significant turning points in China’s military development, which has brought about a real change in the calculations of the Chinese leadership. For example, the Chinese setback against Vietnam in 1979, when they had to retreat with huge losses.

China must accept that the results of military intervention cannot be reliably predicted by calculating the balance of power on paper alone.

Another was the strategic shock of the Gulf War in 1991, when the United States developed a broad superiority over the Iraqi army, which was eventually organized in similar armed and Soviet-style ways. It seems to me that the Ukraine war will have a similar effect in China. One will pause and begin the process of reflection and adjustment.

As a result, military modernization efforts are likely to increase further, a potential U.S. intervention is now included in the calculations, and adjustments are being made that the losses will be greater than previously expected. One must also acknowledge the fact that the results of such military intervention cannot be reliably predicted on paper by calculating the balance of power alone. Russia also miscalculated here when it was assumed that Ukraine could be rolled over at a relatively low cost in the short term. In my view, the Chinese leadership will make this a factor in their plans for a possible Taiwan situation in the future.

The importance of this national goal of the People’s Republic of China to reunite Taiwan will not diminish over time.

The risk of China attacking Taiwan has been reduced by the Ukraine conflict. But on the 100th anniversary of the People’s Republic of China, China wants to resolve the Taiwan issue by 2049. So is there no time pressure for China?

The importance of the People’s Republic’s state goal of reuniting Taiwan will not diminish over time. China will certainly wait for the most opportune moment to find a solution to this question, if there is a military. And by 2049, that risk will sometimes be higher and at other times slightly lower. But it can never be completely ruled out that China will seek a military solution. Especially in the late 2020s, when military modernization reaches its peak in the 2040s, we can certainly see dangerous periods.

The conversation was conducted by Sandra Whitmer.