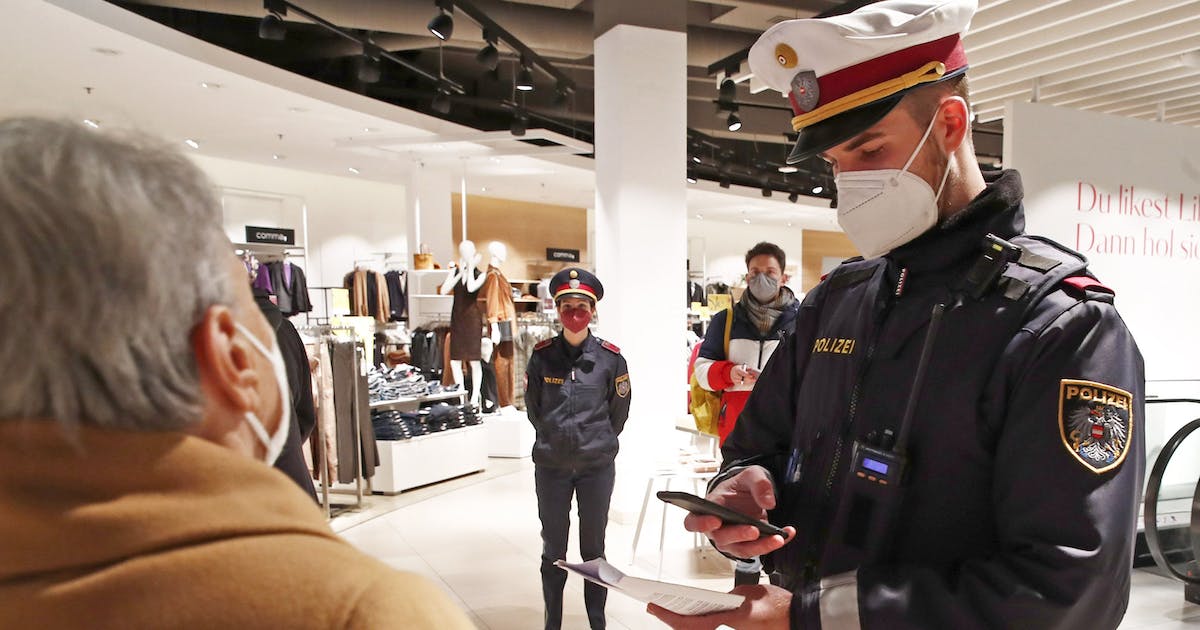 Mandatory vaccination in Austria will begin on February 1. After the bill was introduced, protesters and supporters became dissatisfied. Is the compulsory vaccine the “Austrian solution”?

Sunday, Government in Austria Their draft law on compulsory vaccinationWhich will finally change the tide in the fight against corona infection.

President Carl Nehmmer – who has just recovered from an illness with the Omigron variant – made a great effort not to use the word “duty” too often at press conferences. In the end, it’s about freedom that can be regained by law, Nehmar said.

To dispel even the last doubt about what it is, he added: Anyone who does not believe in politics – “you can not blame anyone for that” – can ask a doctor.

It doesn’t really start until March

The government has set a tight schedule, which is already lagging behind from the start. The draft law came late, but is scheduled to begin on February 1st. Yesterday Monday the law already passed the health committee. A decision on this is expected in Parliament on Thursday.

The need for the vaccine is supported by a broad coalition of government and opposition parties, with only the right-wing popular FPÖ deliberately rejecting the law.

In Phase 1, all Austrian families will be notified of the move first, and no trial will be held and fines will not be imposed until mid-March. It really should start in the next phase 2. Refusal to vaccinate later is called a control offense.

Tests should be carried out for every official act of the police such as traffic check. Phase 3 is new in draft law, but under the best circumstances, this should not happen and should be approved by Parliament.

It depends on the epidemiological situation. If the number of hospital admissions increases drastically, reminders with vaccination dates – and sentencing orders – will be automatically sent to those who have been vaccinated. It is not yet clear whether there should be a comparison between the record and the vaccine record.

Obligation without restrictions is futile. Therefore, these are controversial in advance. This rule represents a concise procedure that carries a fine of 600 euros (approximately 625 francs). In the event of an objection, there is the usual practice of imposing a fine of up to 3,600 euros (approximately 3,750 francs) depending on income and assets.

Fines can be imposed up to four times a year. Anyone who has been vaccinated within two weeks of receiving the letter will not have to pay a fine. On January 31, 2024, the obligation to vaccinate in Austria will expire.

The repercussions of the draft law once again made it clear that the government could not succeed politically with compulsory vaccination. Since the announcement, the law has divided politics and society.

Opponents of the vaccine from the FPÖ have been mobilizing against duty for months. Some members of the ruling coalition have already announced that they will not approve the law for a variety of reasons.

True supporters often over-expected, and the phrase “Austrian solution” has been circulating for some time. In short, he describes the eastern neighbor as a compromise in which neither side is really satisfied.

It remains to be seen whether the mandatory vaccine will also fall into this category. But there are some symptoms. This is because while it is not surprising that the vaccine was re-demonstrated over the weekend by radical opponents, the draft law has been described by the opposition as a “vaccine duty lamp”, which is quite harmless.

From mid-March, police will have to check the vaccine status for every official act. That is why the unions have raised arms against the draft law and demanded that the situation be checked by health officials.

Constitutional law may be barred

The Constitution would still be a barrier to compulsory vaccination. There is widespread disagreement over whether many of the rules stand for scrutiny.

On Monday, constitutional lawyers from the University of Salzburg, Benjamin Knehz and Peter Bujekar from Innsbruck questioned the constitutionality of the ORF. The focus is on control over buses. According to Kneihs, increasing this after the objection is unacceptable.

It is imperative that the Supreme Court uphold the obligation to vaccinate. Lawyers will also face airwaves cases in executive courts.

See also  Corona exposure is high in the Netherlands

A week ago, the review process for the draft broke all records. By the end of the period, more than 100,000 reports of compulsory vaccination had been received by Parliament. The majority have personal objections – with identical texts.