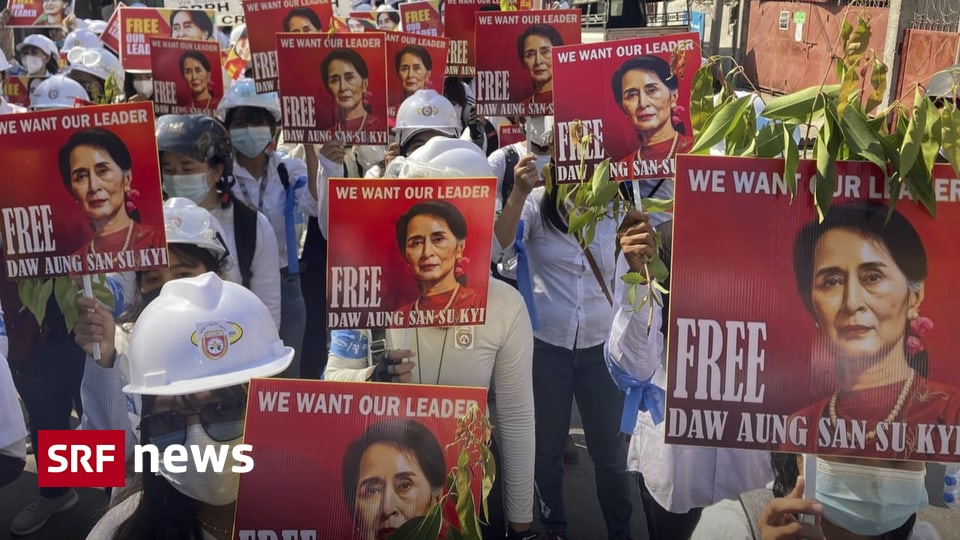 The Judiciary accuses the Nobel Peace Prize laureate of various crimes, including violating foreign trade laws and corruption. In the worst case, investigators say he could face up to 100 years in prison.

It is not yet clear whether Aung San Suu Kyi will actually go to jail or be under house arrest. She denies any of the allegations.

Journalists are ignored and lawyers frown

Journalists are not allowed inside the court. In mid-October, Suu Kyi’s lawyers were banned from speaking and all contact with the media, diplomats, international organizations and foreign governments was banned.

Human rights experts are talking about a show trial and have long suspected that the military regime wants to silence a prominent politician in this way.

In 2016, Aung San Suu Kyi became the true head of government. His party did worse than expected from opinion polls, which saw them at gaining about a third of the seats. The generals justified their coup a few months later by calling the election a fraud.

The crisis-ridden country in Southeast Asia has been plunged into chaos since the coup. The military regime suppresses all opposition with brutal violence. According to the AAPP, more than 1,300 people have been killed and about 10,000 arrested in protests against the new regime.

The operation against Suu Kyi and ousted President Win Myint began in mid-June. Win Myint, 70, was sentenced Monday to four years in prison on the same charges.

Sookie was placed under house arrest for a total of 15 years.