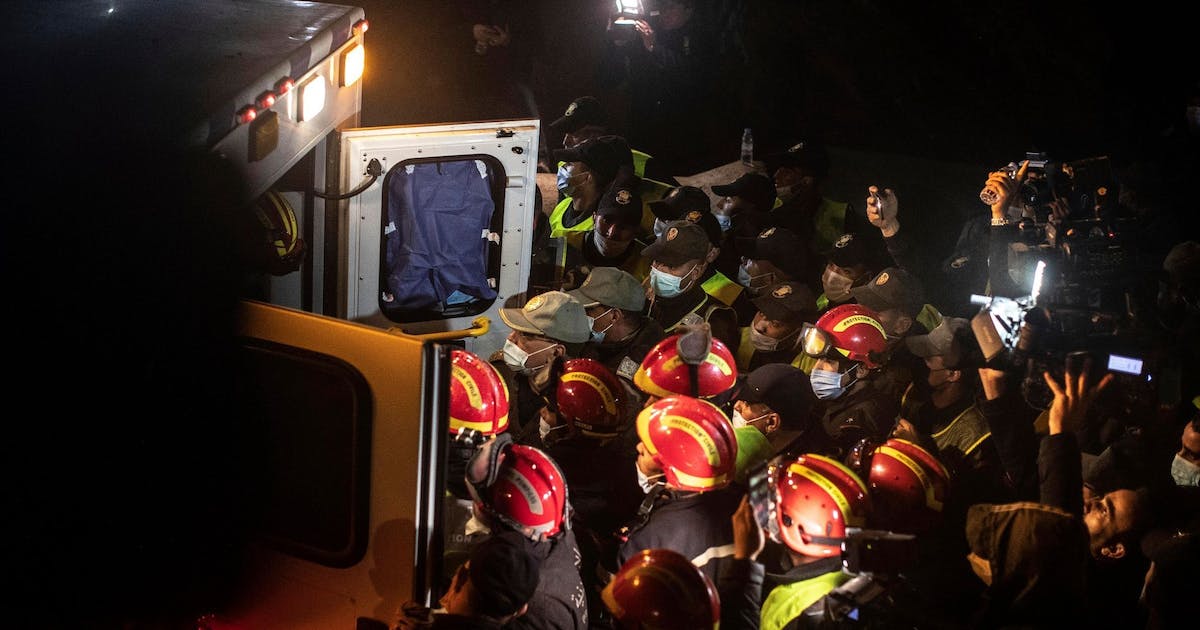 In Morocco a boy fell and was trapped for several days at a depth of 32 meters. After a difficult rescue operation, the worst fears are now confirmed to be tragic.

Despite great efforts over the past few days, five-year-old Ryan in Morocco did not receive timely assistance.

The Moroccan state news agency MAP reported that the boy was rescued by rescuers from a 32-meter-deep well on Saturday evening. Shortly afterwards the boy was pronounced dead. The royal family said in a statement that it had expressed its condolences over the phone call to the parents of King Mohammed VI.

Television footage shows rescue crews pulling the boy out of the rescue tunnel and loading him into a waiting ambulance.

Rescue workers dig their way into a five-year-old boy.

In Chefchaouen, a boy fell into a 32-meter well. Rescuers dig parallel to the shaft.

Many people are worried about the rescue operation that has been going on for days.

The boy is well trapped – hope and fear in Morocco – gallery

Rescue workers dig their way into a five-year-old boy.

In Chefchaouen, a boy fell into a 32-meter well. Rescuers dig parallel to the shaft.

Many people are worried about the rescue operation that has been going on for days.

Fall into an unsafe well

The boy fell Tuesday afternoon into an unprotected well near his home in a village about 150 kilometers north of Fess. Ryan’s family finally heard his whimper and dropped the phone down to him on a rope.

Assistants then lowered the camera to check on the boy’s health. The pipes must supply him with water and oxygen. Information about Ryan’s physical condition was provided last Thursday. But despite the slow pace of recovery, many believed the miracle would eventually happen.

Due to the small width of the shaft, the assistants were unable to retrieve the child through the well. So the rescue workers first removed the earth parallel to the trunk using heavy equipment. Experts then dug a horizontal tunnel about 32 meters deep to reach Ryan. Several times the work was interrupted. Rescuers feared the trunk would collapse due to the landslide. Landslides and boulders also delayed the rescue operation.

Around the world, people and families are worried about a five-year-old child. Large crowds of spectators to the crash site despite the cold also endangered the rescue mission.

Again and again children die in accidents like this. About a year ago, a ten-year-old boy in Syria fell into a 20-meter-deep well and died. Three years ago, only helpers were able to save a two-year-old child who died from a stalk in Spain. He fell into an illegally dug well more than 70 meters deep.