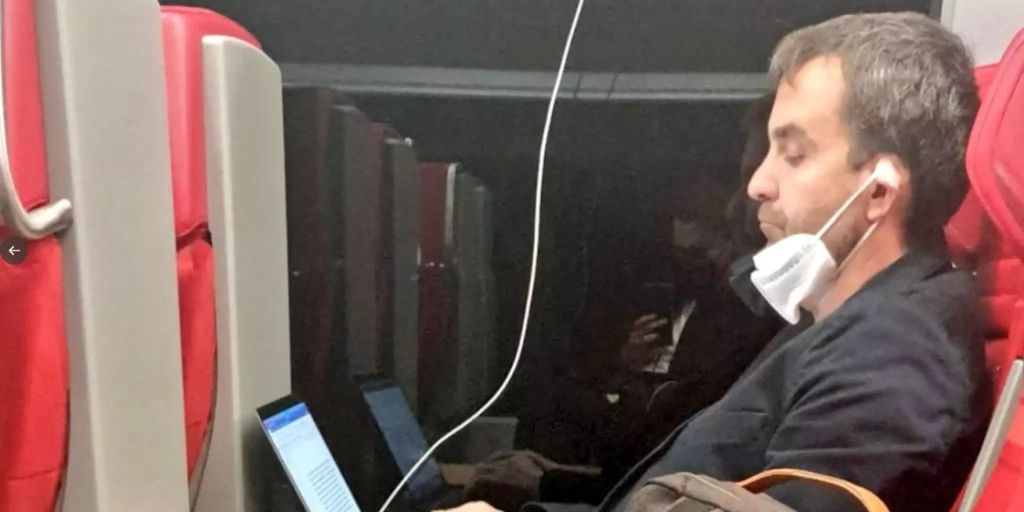 The editor-in-chief of “Falter” was recently outraged that train passengers were not wearing masks against the corona virus. Now he too was caught without a mask.