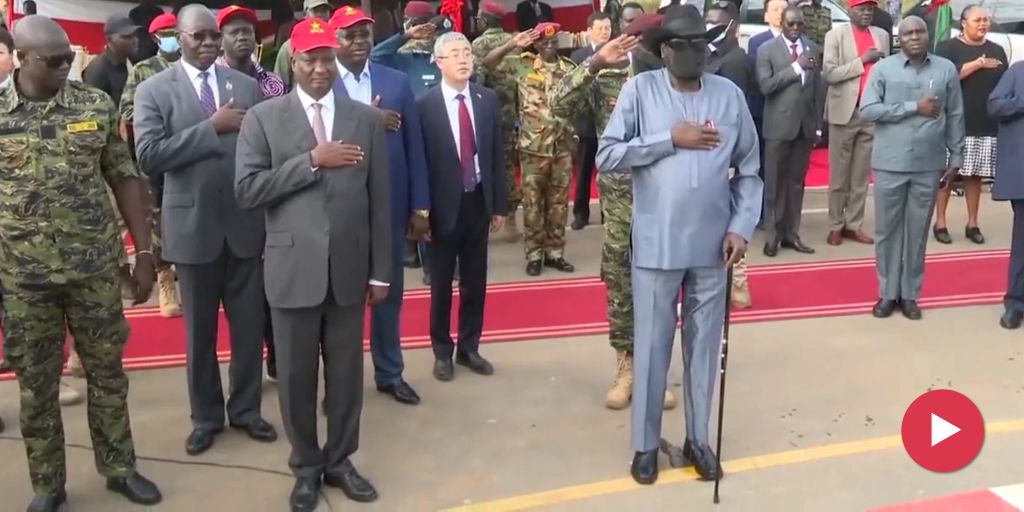 South Sudan’s president peed his pants on live TV. The cameraman turned away from the 71-year-old man after noticing the accident.