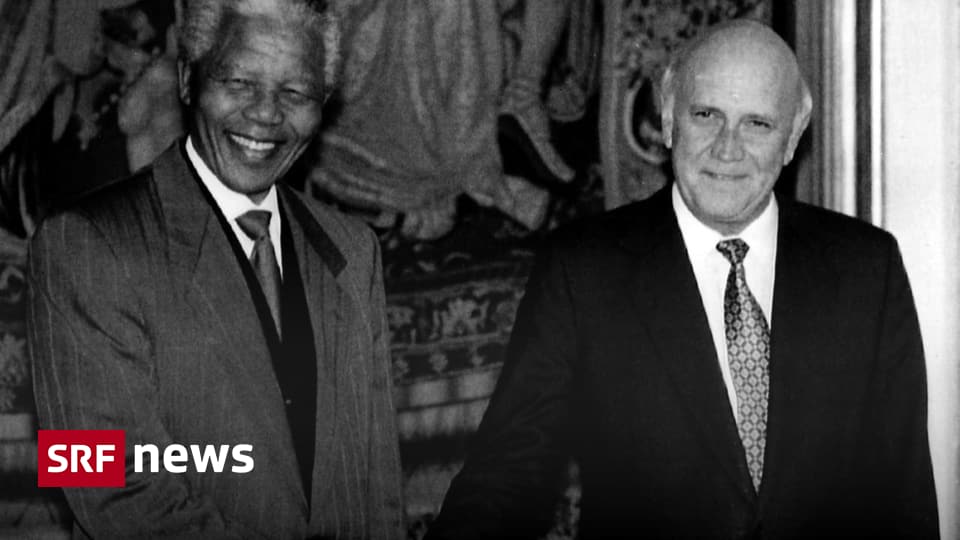 On February 2, 1990, Frederick Willem de Clerk marked a turning point in the history of South Africa. De Clerk was President of South Africa for almost half a year.

Now he stands in front of parliament and announces that the ANC (African National Congress) and several anti-apartheid groups are no longer banned. Political prisoners will be released. Among them was Nelson Mandela, the symbol of black opposition. After 27 years in prison.

Frederik surprised the world on Willem de Klerk. For many years he was a loyal advocate of racism and grew politically in this system of segregation and oppression. Now he began the end of this system.

De Clerk was born in 1936 into a family of traditional politicians. Although a law student, he was active in politics, joined the ruling National Party, and became a Member of Parliament, Minister of the Interior, and Minister of Education. Finally the President of South Africa. That was in 1989.

In terms of foreign policy, the country was largely isolated. Domestically, the government is under increasing economic and political pressure in the face of unrest, strikes and violence. When asked about February 2, 1990, de Clerk often said, “It has to be done.” Realized that a catastrophe would have occurred if it had happened as before.

So it was a matter of sharing power or going down. Discriminatory laws were gradually abolished and a new constitution emerged. White and black South Africa took a common but difficult path toward a racist-free future.

Although Mandela rose to become a political superstar, de Clerk played only a minor role in New South Africa. He never felt like a hero, he said in 2014 in the Süddeutsche Zeitung. However, he continued to point out that he and his people were responsible for the end of apartheid, not the ANC.

Many accused him of never apologizing for the crimes of the white apartheid regime. He always opposed this. However, he did not care that decades later his extremists among the whites called him a traitor.

He was concerned about the path his country and its politicians have traversed in recent years. “We are not a fork in the road now, we have gone astray,” he said, marking the thirtieth anniversary of his February speech to the South African television station SABC. He also condemned poverty, high unemployment and inequality in the country.

Now that voice has stopped. Frederick Willem de Clerk, the white South African, once made a wonderful turning point in the history of his country. This story is still a long way off.