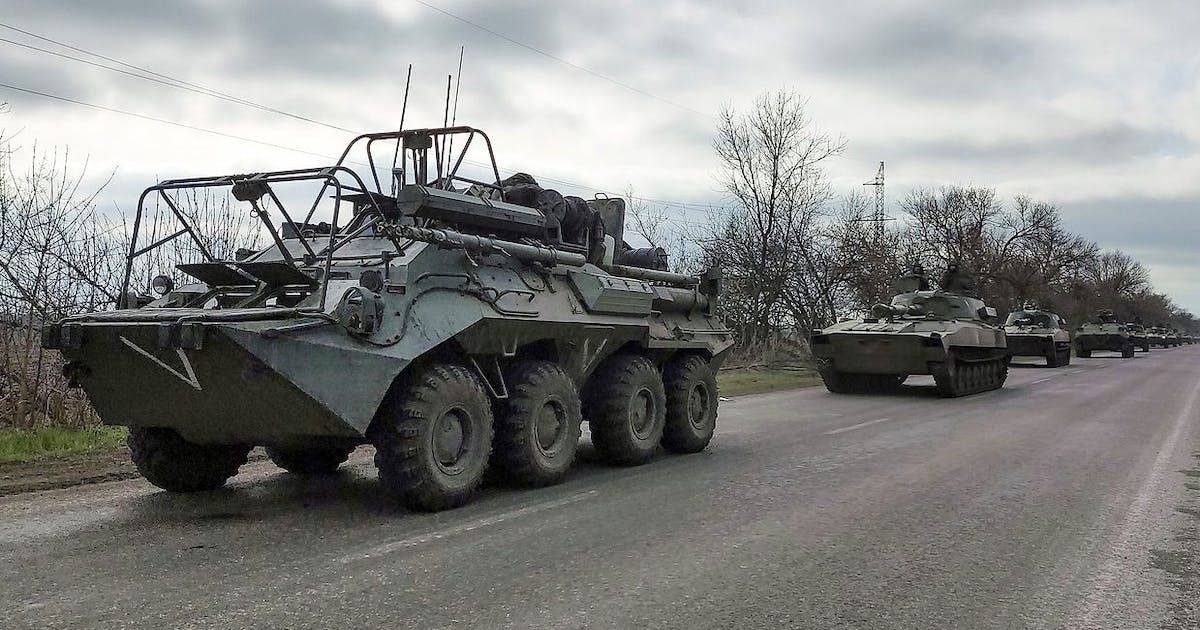 Recovering more civilians from the besieged Azovstel plant in Mariupol has apparently failed. According to Ukrainian media reports, Russian troops have launched a storm attack.

Reports of the poor condition of the Russian military and its slow progress are misleading. One expert explains that Putin’s forces are moving in a different direction in Donbass.

The British secret services continue to share their findings Status of the Russian Army. And these are often undesirable. London reiterated on Tuesday that the Russians could not have turned their war strength into decisive advantage in Ukraine.

Due to strategic errors and shortcomings in implementation, the Russian military is now significantly weaker than it was at the start of the war – in terms of equipment and ideologically. The intelligence services expect a long-term negative impact on Moscow’s conventional weapons and troops.

After all, this estimate is consistent with the declared strategic goal of the United States. After a visit to Kiev a week ago, US Secretary of Defense Lloyd Austin said: “We want to see Russia weakened to the point where it can no longer do what Russia did by occupying Ukraine.”

“We must not underestimate Russia.”

Marcus Reisner, head of the Department of Research and Military Strategy at the Theresian Military Academy in Vienna and Colonel of the Austrian Ministry of Defense, warns against an overly optimistic view of the state of the Russian armed forces from a Western perspective.

Of the world ” Said Expert, you need an objective picture of the situation. It does not help if you talk about the status of the attackers because it obscures the real situation. “The Russians have the ability to decide when, where and how to attack. We should not underestimate Russia,” Reisner said.

The officer, who is well known through various sources according to the newspaper, expects the fighting to escalate further in the coming weeks in Donbass. Here Russia will try to “come up with a solution to encircle the Ukrainians and force them to surrender”.

To survive, Riser explained that Ukraine urgently needed new weapons from the West. However, the supply of heavy weapons began too late to arrive in the Donbass on time. The required artillery spy radars, tanks, artillery pieces, aircraft and anti-aircraft systems are also large and can be easy targets when carried.

It is also known that Russia has already been able to seize or destroy many arms supplies from the West, Reisner said. The depreciation of Ukraine is very high here. According to US data, weapons supplied by the West will be used on the same day within a week.

The expert points out that time plays out for attackers among other things. The Ukrainian bunker attacks that had taken place elsewhere in the first weeks of the war were no longer as successful because the Russians were now ready for them and the Ukrainian special forces were often destroyed by Russian enemies.

For this reason, the supply lines for the Russian offensive in Donbass – as opposed to the situation in the Kiev region in the first phase of the war – are still intact. In addition, Russian artillery is currently wearing Ukrainian positions in the Donbass and firing heavily at night to attack during the day.

Unlike the first six weeks, the Russian units are no longer advancing rapidly and in columns, but “slowly, extensively and with massive infantry support”. Will also be protected in advance by armored trains. In this way, the Russian units advance only at a speed of 1.5 kilometers per hour, but the military explains that it is not intentional and not a sign of weakness.

If the Russians take Donbass, Reisner initially suspects a recession in the fight, during which both sides recover and reunite. Reisner is adamant that the war will not end in the summer. The bitter truth is: “Putin can win the war,” he told the world. In this case, the victory means that Putin has “gained significantly more Ukraine in the aftermath of this armed conflict than ever before.”