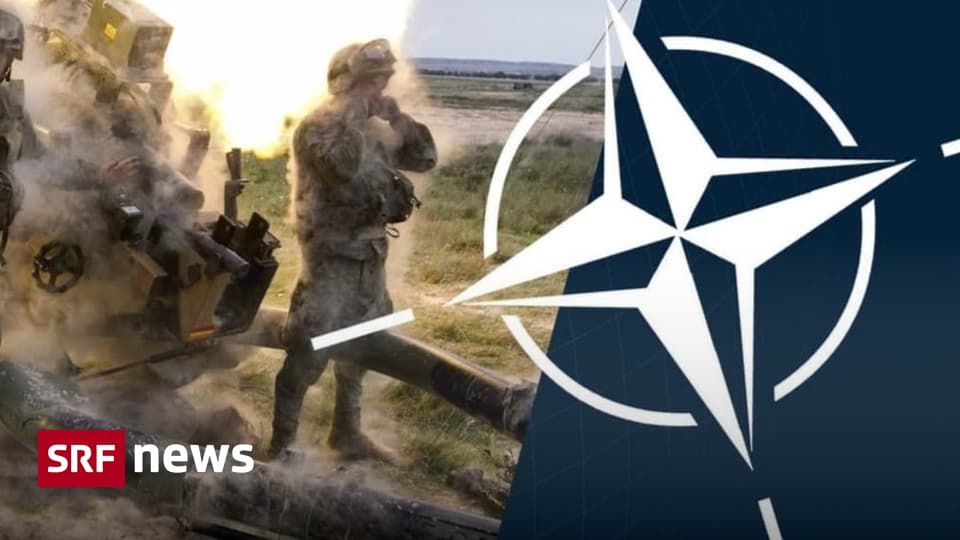 Russian President Vladimir Putin has justified his war against Ukraine in several angry speeches. Ukraine is a Nazi-dominated country with a number of “drug addicts”.

Putin has also condemned NATO. This offered Ukraine the opportunity for accession, despite its promise not to expand “an inch to the east.” Russia has already been “deceived” by the Baltic states, Poland and other eastern states.

Putin says the reasons are not to justify a war, let alone a brutal one like the one against Ukraine. In particular, Putin has pointed out in the past that no state has the right to attack another because it does not like the government there or considers it deceitful.

Of course, there is also criticism of NATO’s eastward expansion in the West. As early as 1997, former U.S. diplomat George F. Kennon warned NATO against accepting new member states. This will encourage “military tendencies”. It sounded similar from Pope Francis a few days ago.

The bulwark of the west

To understand today’s tension, one must look back at history from afar. World War II did not end in 1945, when a new conflict erupted between the two victorious powers, the United States and the Soviet Union: the Cold War between the East and the West.

In the West, 12 nations, led by US President Harry S. Truman, are forming a NATO security alliance. If one of them is attacked, the states promise each other military assistance. That is, under Joseph Stalin, the dictator of the Soviet Union, the main enemy of the East. Along with the other seven states, it forms a military alliance called the Warsaw Pact.

In the 1980s, the Eastern Block began to crumble with its own problems. The Berlin Wall between East and West Germany collapsed in 1989, and Germany wants to reunite but there is a problem: the United States wants West Germany to be part of NATO and East Germany to be part of NATO throughout Germany as part of the Warsaw Pact. The Soviet Union is ready to talk about it. Putin used these speeches, especially 30 years ago, to justify his allegations of fraud.

During the 1990s and 1991s, the Soviet leadership under General Secretary Michael Gorbachev met with Western politicians several times to discuss the future of NATO. In secret talks, Gorbachev offered NATO the opportunity not to expand beyond reunified Germany to the east – in the words of US Secretary of State James Baker “not an inch”. Copies of the conversation are currently being published Here Visible.

Nada Boškovska is a professor of Eastern European history and takes a critical view of NATO’s expansion into the East, but views Putin’s portrayal as exaggerated. After all, there were different positions among the 16 NATO nations, all democracies, and no one spoke for NATO: “That is why Gorbachev did not understand enough.”

After all, however, Gorbachev failed to obtain the binding obligations to solicit a contract. Gorbachev says Boskovskaya was “too much” and wanted to show the West that he had rejected the “pessimistic way of the past” from the dark Soviet days.

So it is with the verbal statements of individual politicians behind closed doors. After negotiations, the world changes dramatically. In 1991 the Soviet Union collapsed, Gorbachev resigned and the Warsaw Pact was dissolved.

Russia will be the successor to the Soviet Union, and the former allies will distance themselves. New democratically elected governments in countries such as Poland and Hungary view the Soviet era as a time of repression and push into NATO – as insurance against the new big Russian aspirations.

Since the return of Polish sovereignty in 1989, our desire is to join this community.

In 1991, Putin’s predecessor Boris Yeltsin suggested that Russia join NATO. But US President Bill Clinton is demanding fundamental reforms of the Russian political and economic system as a condition. Yeltsin then pursued the goal of unification, instead proposing a “kind of cartel between the United States, Europe and Russia” to ensure global security.

However, the collapse of the eastern camp puts NATO in a precarious position. Member states are reluctant to accept new members for fear of provoking Russia. However, at the same time, it does not want to intimidate countries that want to join.

NATO signed with Yeltsin the so-called founding law of NATO-Russia. In it, NATO pledges not to maintain nuclear weapons in the new member states. For its part, Russia is committed to the basic tenet of international law: each state has the freedom to decide which alliance it belongs to.

Expansion begins eastward of NATO. The first countries to join the alliance in 1999 were Poland, the Czech Republic and Hungary, followed by eleven more.

In 2000, Vladimir Putin became President of Russia. At the beginning of his tenure, he issued conflicting statements about NATO’s expansion to the east. In a 2004 meeting with German Chancellor Heart Schrder, Putin said he was “concerned” but “has no concerns” about Russia’s security.

“NATO should have thought better of this, is that really the right strategy?” Boskovska criticizes: “The West may have sent a signal here and made it clear to Russia that NATO is taking its concerns seriously.” Especially at that time most Ukrainians were not in favor of joining.

Other experts make the opposite conclusion: NATO should quickly accept Ukraine, as the United States has demanded, in order to protect Ukraine from Putin.

Different estimates show that the collapse of the Soviet Union presented difficult challenges for NATO. False beliefs were instigated and vague statements were issued in both the West and the East.

Of course, Russia’s war against Ukraine from A to Z is not only illegal, it’s counterproductive to Putin’s self – declared goals: 30 NATO nations are united as before, and Sweden and Finland are likely to join in the coming weeks. Fear an attack like the one against Ukraine and start merger talks.

See also  Lost ducks in the high seas are useful