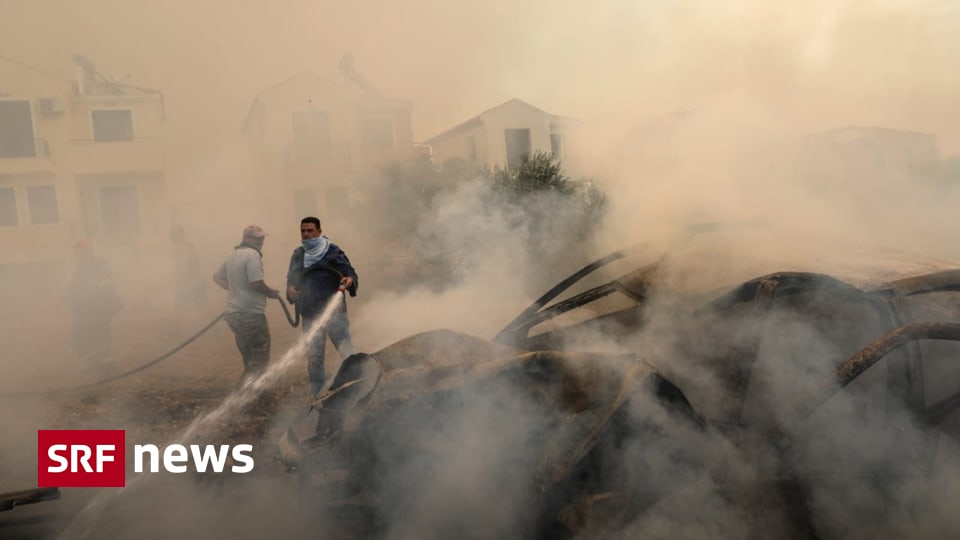 The heat has Europe firmly in its grip. In many places, record temperatures lead to massive fires.

Spain: The wildfires in Tenerife are now causing concern. In the Canary Islands, more than 2150 hectares have already been destroyed by the flames, said regional president Angel Victor Torres. 585 residents of La Guancha and four other communities in the north of the island were brought to safety. Dozens of foreign hiking tourists were warned about the flames in the nearby Teide National Park.

All wildfires in Spain are now extinguished or largely under control – except for one in Tenerife and two fires on Saturday in Yunquera, northeast of Madrid, and Olmeda del Rey, southeast of the capital.

Italy: The Italian fire brigade responded to forest fires more often this summer than a year ago. From July 15 to 21, more than 32,900 operations were counted, 4,000 more than the previous year, the fire brigade said. Firefighters often intervened in Sicily and Puglia. Forest fires have been burning for days in the border region of the Friuli-Venezia Giulia region. A large fire also broke out in Massarossa in Tuscany, where hundreds of people were brought to safety.

A forest fire in northeastern Italy has spread to the Slovenian karst region and continues to spread. Three villages in the west of the country had to be evacuated again on Friday due to the threat of fire.

1,000 firefighters and 300 other helpers were on the job, the STA news agency reported. For the third time, the villagers were brought to safety. The fire continued to burn for the sixth consecutive day.

Greece: A massive fire in the Thadia National Park in northeastern Greece continues to burn out of control. Thadia village has been evacuated and the army and forest officials are working to cut passages through the pine forest to prevent the fire from spreading further. Ground and air extinguishing will also continue.

A large fire was also not contained south of the holiday island of Lesvos, where a village was evacuated on Saturday. Many houses and cars were burnt. Strong winds have recently hit the area, fueling the fire further.

According to the fire department, 141 fires were registered across Greece in 24 hours. Officials continue to assess the fire risk as high. Meteorologists have predicted high temperatures of up to 40 degrees and drought in the coming days until early August.

France: Violent wildfires on the French Atlantic coast south of Bordeaux did not spread further. Some of the residents were able to return to their homes, the responsible province announced on Twitter. A week ago forest fires in Landras and La Teste-de-Buch destroyed 20,600 hectares of land. It roughly corresponds to the Stuttgart area. Thousands of people left their homes as a precaution.

Portugal: Weeks of drought and temperatures up to 47 degrees have so far caused 25 large and small wildfires (as of Wednesday). According to the government, these were also due to negligence and arson. According to the ICNF, the nature conservation commission, fires have destroyed almost 60,000 hectares of land in six and a half months this year – more than double the total for the whole of the previous year.

Czech Republic: A forest fire broke out in the Bohemian Switzerland National Park in the Czech Republic. The National Park Authority announced on Sunday that the fire has spread over a seven-hectare area, just outside Prepishter, popular with tourists. Scores of firefighters battled the blaze, and a police helicopter and firefighting plane were also deployed.