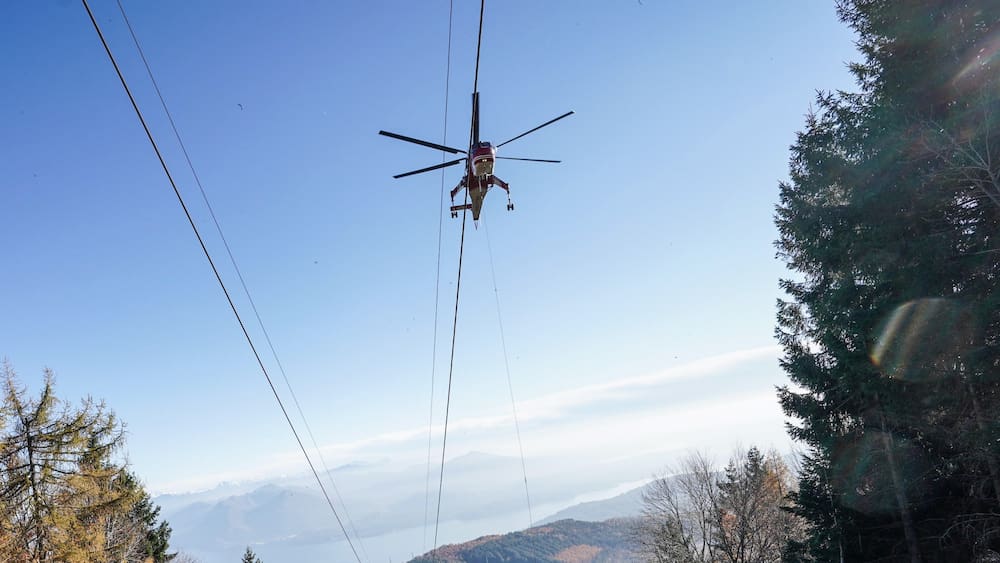 Five-and-a-half months after the cable car crash from Lake Magnore, where 14 people died, the crashed gondola was taken away. A helicopter flew from Monte Motoron to the Valley on Monday morning, where it will be further inspected by experts.

Video footage shows a heavy helicopter lifting a white tarpaulin-wrapped gondola with a long rope and dragging it a few seconds later.

The cabin collapsed after a tow rope broke just before Pentecost Sunday (May 23) at the mountain station. As per previous knowledge, the safety brackets were blocked, thus preventing the emergency braking of the gondola. It ran into the valley, jumped from the suspension and crashed into a forest, where it was on a steep slope in the trunks of a tree. Many of those working in the operating company are under investigation.

In addition to forensic investigations, special forces have secured the gondola and other evidence. For several weeks, the fire brigade prepared the evacuation, cut down the tree trunks, and installed a metal structure in which the room was placed. Most recently, she was wrapped in foil so as not to lose any evidence on the valley flight.

The gondola was then taken into the hall with the semi-trailer for further investigation by prosecutors’ office experts and defense lawyers.

Eaton, then five, was the only survivor of the spring crash. His parents, younger brother and two grandparents were killed in the crash, sparking a custody dispute between Israel and Eden’s families in Italy.

The maternal grandfather took the boy on a plane to Tel Aviv against a court order; The court there recently ruled that Aidan should return to Italy to visit his paternal aunt, who had been appointed guardian. (SDA)