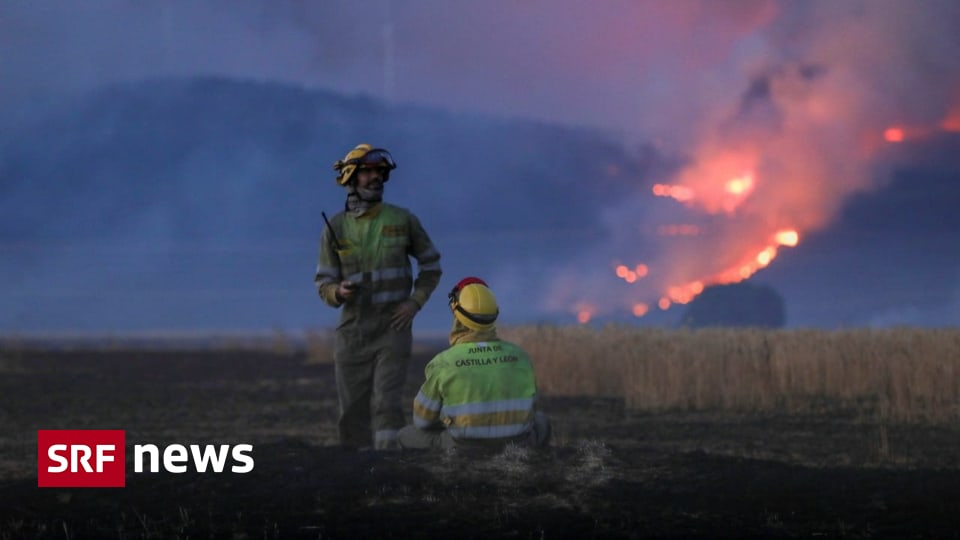 The heat has a firm grip on Europe. In many places, record temperatures lead to massive fires.

Spain: 2022 was the most destructive wildfire year since records began. So far, the flames have destroyed 197,000 hectares of forest, according to the Copernicus Earth Observatory. This is more than the 2012 record.

Italy: The Italian fire brigade responded to forest fires more often this summer than a year ago. From July 15 to 21, more than 32,900 operations were counted, 4,000 more than the previous year, the fire brigade said. Firefighters often intervened in Sicily and Puglia. Forest fires have been burning for days in the border region of the Friuli-Venezia Giulia region. A large fire also broke out in Massarossa in Tuscany, where hundreds of people were brought to safety.

A forest fire in northeastern Italy has spread to the Slovenian karst region and continues to spread. Three villages in the west of the country had to be evacuated again on Friday due to the threat of fire.

STA news agency reported that 1,000 firefighters and 300 other helpers were deployed. For the third time, the villagers were brought to safety. The fire continued to burn for the sixth consecutive day.

Greece: A massive fire is threatening the forest west of the Evros River, the Greek-Turkish border on the edge of the Thadiya National Park. The fire brigade announced on Friday that four helicopters, four firefighting planes and a crew of 65 fire engines were deployed. The fire broke out on Tuesday in Mount Penteli, northeast of Athens. Seven towns of 600 inhabitants were evacuated. Officials gave the all clear on Wednesday evening.

France: A huge fire has been raging along the Atlantic coast for days. In less than a week, 20,600 hectares of land have burned south of Bordeaux, the Gironde province announced Wednesday. Thousands of people left their homes as a precaution. The wildfires subsided a bit on Friday. The responsible provincial council says they are almost under control. Meanwhile, fires also broke out in Brittany.

Portugal: Weeks of drought and temperatures up to 47 degrees have so far caused 25 large and small wildfires (as of Wednesday). According to the government, these were also due to negligence and arson. According to the ICNF, the nature conservation commission, fires have destroyed almost 60,000 hectares of land in six and a half months this year – more than double the total for the whole of the previous year.

Meteorologists expect a heat wave to last until early August for large parts of Greece. Temperatures could reach 40 degrees by the end of the week, the Bureau of Meteorology said. Meteorologists do not expect the normal maximum temperature to drop below 35 degrees for the next ten days.

People have also died in various states. The heat has claimed more than 1,000 lives so far in Portugal alone. By July 18, 1,063 people had died as a result of the heat wave, said Kraka Freitas, head of the health commission.