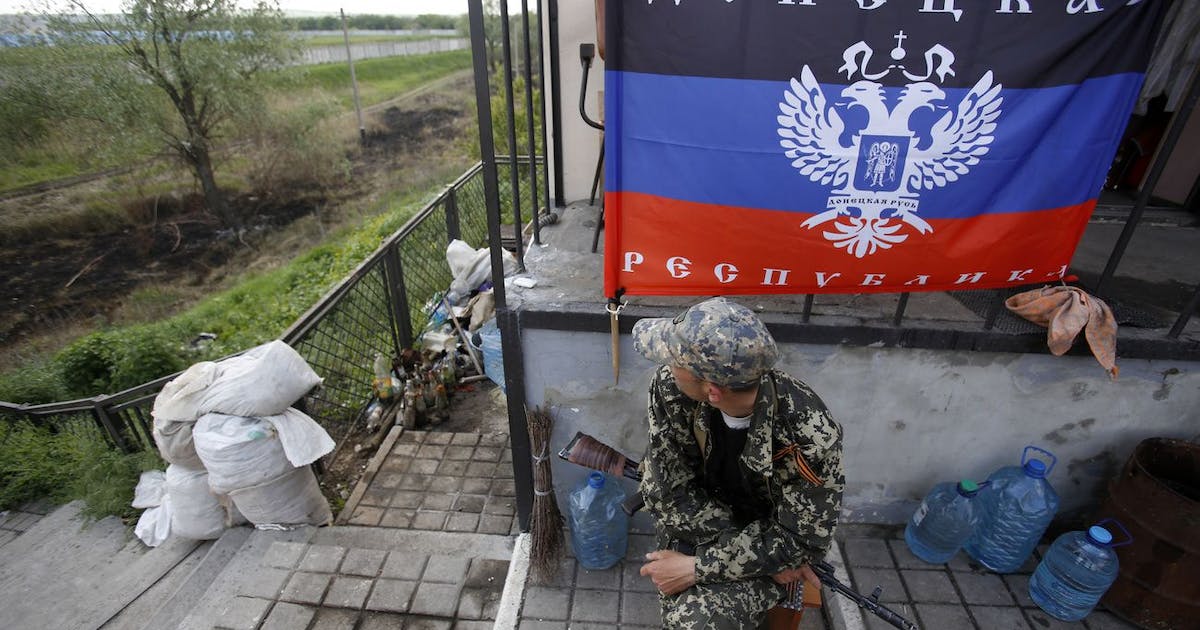 Story: Russian passport for Ukrainian residents. Authorities in the Russian-controlled city of Enerhodar in southeastern Ukraine have begun issuing Russian passports to residents, among other places, Russian media reported on Wednesday. Twenty-five residents have already received passports, RIA news agency officials said, after Russian President Vladimir Putin signed a decree in July giving all citizens of Ukraine a simplified path to Russian citizenship. This is a serious violation of the sovereignty of Ukraine, which has been trying to defend itself against a Russian invasion since late February. Olena Zelenska, the wife of Volodymyr Zelensky, also traveled to the United States on Wednesday as part of a defense against a war of aggression. The wife of Ukraine’s president campaigned in the US Congress in Washington for more weapons for her country. In his speech, Zelenska accused Russia of waging a war of terror against Ukraine. He insisted that more guns were needed to protect everyone’s homes. In this context, Selenska specifically requested air defense systems. At the same time, he thanked the US for its earlier assistance.

They are on their country’s side, yet must fight for the enemy: In the occupied parts of the Donbass region, pro-Russian separatists are reportedly increasingly forcibly recruiting Ukrainian men.

A man has been hiding in his own apartment for months. I don’t dare to go on the street anymore. The fear that he will be stopped, tested and declared unfit for the army is very high. However, not for the army of his country, but for the Russians. Similar scenes are said to be recurring in the self-proclaimed Donetsk and Luhansk People’s Republics.

There, Russians and pro-Russian separatists are allegedly forcing Ukrainian men to fight against their country. That writes The Guardian, citing reliable sources, including a video taken in late June. It shows a man being dragged in a vehicle in front of his wife.

A war of words ensued between the woman and the two officers. One of the two has her husband’s Ukrainian passport. One of them came from the conscription service and reasoned that it was a general mobilization. Ukrainian person’s documents must be verified.

“They will be forcibly sent to the army”

The video was posted on Telegram, but was blocked shortly after. Ukrainian lawyer and human rights activist Oleksandra Matviychuk received the video. He then posted some parts on Twitter. “Since February 24, men have been stopped on the street, passports taken from them and forcibly sent to the army,” Matviychuk told the Guardian.

I have the full recording, but I’ll post part of it. In occupied Donetsk, collaborators pick up men on the streets and forcefully send them to Ukraine to fight for Russia. In this way Russia is forcing Ukrainians to kill each other. It’s war crimes, but who cares 1/2 pic.twitter.com/UDCdgfCNVk

As head of the Center for Civil Rights in Kyiv, Matviychuk has been documenting human rights abuses for years, including forced recruitment in the self-proclaimed Donetsk and Luhansk People’s Republics. However, since the start of the war on Ukraine, these have increased significantly.

Matviychuk believes the video was shot in mid-June. In the search for the men, checkpoints were set up along highways and exits to cities.

See also  That is the sad story behind this film

‘It’s horrible. They demand that Ukrainian men kill other Ukrainian citizens,” says Madvichuk. He estimates that about half a million Ukrainians in the Donbass region are eligible for forced labor by the Russians.

I didn’t plan to add this, but we received dozens of requests for help from Ukrainians in the occupied territories who were forcibly sent to the Russian army. Then they lost hope and stopped applying. I feel empty. There is no legal instrument to prevent this 3/3 evil

Since late February, the Center for Civil Rights has received multiple letters from citizens asking for help. For example, from a man from the Luhansk region. Fearing conscription, he hid in his apartment, no longer daring to go out into the street. Patrol vehicles had been searching for the men for months.

“They chase us like stray cats,” Madvichuk quotes from the letter. Chechen fighters will also help search for the men. In his letter, the man asks how Russia can be held accountable in court.